Wikipedia Day on January 15 is an occasion that celebrates the birth and formation of the site. Almost every single person in the world knows what Wikipedia is. When we search for something, a Wikipedia link is the first thing that pops up on our search engines. It is also a popular site since it provides in-depth information and presents everything in a user-friendly way. So without further ado, let’s dedicate this day to the information provider that has been feeding us with knowledge since day one. Happy Wikipedia Day!

There was a time when students and researchers would need to go through tons of books in a library to attain information regarding a certain topic. This was the time when the internet had not reached the heights of innovation it has today. However, the world as we know it, completely evolved when this search engine was formed, and numerous websites were created to provide people with information regarding several topics. One of these famous websites is Wikipedia — also known as the free internet encyclopaedia. Overseen by the nonprofit Wikimedia Foundation, the website is recognized for facilitating the creation and development of articles.

Here’s a bit more on the history of Wikipedia. It all started when Jimmy Wales established Bomis, Inc., a web portal company, in 1996. By March 2000, Wales had introduced “Nupedia” to the world. This was a free online encyclopaedia that had an editor in chief, and a team of individuals who were reviewing the information published. In 2001, Nupedia was supplemented with a wiki software, and Wikipedia was launched as a feature of Nupedia.com. However, after several discussions, Wikipedia was relaunched as an independent website, and managed to publish over 20,000 articles in its first year! This included work in 18 different languages such as French, German, Polish, Dutch, Hebrew, Chinese, and Esperanto.

Today, it has become one of the most visited sites in the globe and has information regarding almost every single topic of interest. However, schools and universities do not permit the use of Wikipedia in term papers due to a lack of proper references used by the site.

Wikipedia is up and running.

Nupedia closes and Wikipedia takes over its articles.

The English Wikipedia has about one million articles.

What day is Wikipedia’s birthday?

January 15, 2001, since the site was established and edited on this date.

Who is the founder of Wikipedia?

The founders of Wikipedia are Jimmy Wales and Larry Sanger.

How to Celebrate Wikipedia Day

5 Fun Facts You Need To Know About Wikipedia

Why Wikipedia Day is Important 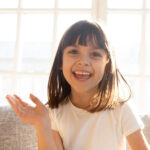 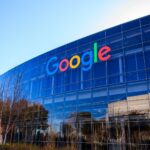