Nobel Prize Day falls on December 10 every year. It honors the achievements of Alfred Bernhard Nobel, a Swedish engineer, chemist, entrepreneur, and philanthropist. We have all heard of the Nobel Prize that recognizes outstanding achievements in various fields in the arts and sciences. Nobel Prize Day is a tribute to the person who instituted the prize.

Alfred Nobel was born to impoverished parents in Stockholm, but his father was a descendant of a very highly regarded Swedish scientist and writer, Olaus, or Olof, Rudbeck. His father was an engineer himself and Alfred Nobel expressed early interest in engineering, and explosives in particular. This of course bore results, with Nobel becoming interested in stabilizing the unpredictable explosive, nitroglycerin, as early as his teenage years. Despite one of his brothers dying in a tragic accident involving this pursuit, Nobel continued with his work, shifting the factory base to a more isolated area, and ultimately succeeding in inventing dynamite as a superior and more stable version of nitroglycerin.

Alfred Nobel went on to invent an even better alternative to dynamite in the form of gelignite. This became a staple in mining operations and made Nobel financially successful. Nobel also invented weaponry for military purposes and started companies to sell these. When a French newspaper carried a false obituary of Nobel, criticizing him for his role in warfare, he re-evaluated his life’s goals and decided to use his earnings to set up a prize that recognized the best in humanity. The prizes in the different categories reflect his own interests in various fields. Apart from being an entrepreneurial engineer, he was also a writer.

While Nobel is still criticized for the role he played in furthering military technology, the Nobel Prizes, including the Prize for economics, which was added later, are considered the most prestigious achievement for practitioners in those fields.

After many trials, including a fatal one, Nobel is successful in stabilizing nitroglycerin and developing dynamite.

Nobel Writes an Important Will

In his last will, Nobel decides to leave the bulk of his fortune to institute the Nobel Prizes.

The first batch of awardees receive their prizes, including Jean Henri Dunant, for founding the International Red Cross Movement.

Economics is Added to the Prizes

The Swedish Central Bank requests this addition on its third centenary through its donation to the Nobel Foundation.

What is the prize money that Nobel winners get?

Prize winners in 2021 are set to receive the full amount of Swedish Kronor (SEK) 10 million or around USD 1.16 million. This has however fluctuated over the years, with 2012 winners receiving only SEK 8 million.

Is the Nobel prize awarded posthumously?

No. There is an exception made for people who died during the nomination and final selection period.

Who won the Nobel Peace Prize this year and why?

The Nobel Peace Prize for 2021 was awarded to Dmitry Muratov and Maria Ressa for all their efforts in trying to safeguard freedom of expression — a precondition for democracy and as a result, lasting peace.

How To Observe Nobel Prize Day

5 Facts About The Nobel Prize

Why Nobel Prize Day Is Important 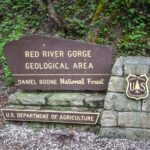