In 1769, Daniel Boone arrived near the Cumberland Gap, a passage between the Appalachian Mountains that led straight into present-day Kentucky. By working with the Transylvania Company, he made a trail through the Cumberland Gap and named it the Wilderness Road.

The Wilderness Road became one of the main roads for people going west. Soon after its completion, Boone founded Boonesborough near the Kentucky River. Boone’s wife and daughters settled at Boonesborough, thus becoming the two first Anglo-American women who settled in Kentucky.

Boone faced a lot of opposition from the British soldiers and Native Americans in his new settlement. He was even captured by the Shawnee, a Native American tribe, in 1778 but he managed to escape and protect his settlement. By 1798, however, he had lost all of his land in Kentucky. He moved further west towards present-day Missouri with his son in 1799 where he lived peacefully until his death on September 26, 1820, at the age of 85. “I’m going now, my time has come,” were his last words.

Daniel Boone not only discovered but developed one of America’s most important gateways for early settlers to travel west of the Appalachian Mountains. Today, he is considered a symbol of the Western pioneering spirit.

“The Adventures of Colonel Daniel Boone”

The book on Daniel Boone, “The Adventures of Colonel Daniel Boon,” written by John Filson, is published on Boone's 50th birthday.

The citizens of Boonesborough erect the first monument at the top of the South Mountain, located on part of the Appalachian Trail, honoring President George Washington.

Cheeseburgers are first served at Kaelin’s restaurant in Louisville, Kentucky.

Colonel Sanders finalizes his ‘original recipe’ of the now-famous Kentucky Fried Chicken (KFC) in his restaurant in Corbin, Kentucky.

Did Daniel Boone have an Indian wife?

Yes, according to some accounts, he may have had a Shawnee wife.

Did Daniel Boone own slaves?

Yes, Boone was a slave owner, who at one point in his life owned as many as seven slaves.

Did Daniel Boone and Davy Crockett ever meet?

How To Celebrate Daniel Boone Day

5 Facts About Daniel Boone That Will Blow Your Mind

Why Daniel Boone Day is Important 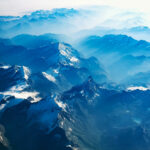 Daniel Boone Day
Dissolution of Union between Norway and Sweden