National Spumoni Day is celebrated on August 21 every year to honor the Italian ice cream treat that incorporates cream, fruit, and nuts. On National Spumoni Day (and in general), scooping spumoni is considered bad taste, and it’s vital to slice it. Its origins in Naples have taken it on a lengthy cultural and geographical journey, and it is today more commonly consumed and enjoyed in the United States and Argentina than in Naples. Flavored gelato used to be layered into three layers and then molded into a dessert. The confection is frequently coated with a chocolate coating in addition to candied fruits and nuts.

There isn’t much information about who started National Spumoni Day or when it was created. As a result, we decided to concentrate our efforts on figuring out who invented spumoni ice cream and when they did it. That sent us out on a fantastic ice cream adventure that we would never forget.

Spumoni is thought to have originated in Naples, Italy, sometime in the 19th century, according to most food historians. According to a 1979 “Chicago Tribune” article, an “authentic spumoni” recipe was transported to the United States from Nola, Italy in 1905 and became known as Neapolitan ice cream. In Chicago, Salvatore Lezza and his wife Lucia founded a bakery. Three layers of semifreddo were asked for in the original recipe: almond, semisweet chocolate, and stracciatella. Stracciatella is a sort of gelato that contains irregular chunks of chocolate.

The three most well-known flavors of this ice cream are primary chocolate, vanilla, and strawberry. This is the type of spumoni that has become increasingly popular in the United States. Throughout Europe, Italian spumoni remained popular, and a variety of flavor combinations grew popular. The pistachio, chocolate, and cherry ice cream is known as spumoni in the United States, whereas the vanilla, chocolate, and berry ice cream is known as Italian ice cream. In the United States, however, most spumoni contain a cherry layer with cherry bits, a pistachio ice cream layer, and a chocolate layer. Hazelnut, vanilla, strawberry, and pineapple are just a handful of the other flavors available.

The best spumoni may be found in Italian neighborhoods like Brooklyn’s Bensonhurst. The most popular spumoni in Brooklyn is served at L&B Spumoni Gardens, one of the stops on our Pizza Tour. Before opening the storefront in 1939, Ludovico Barbati, the L&B in the name, began selling spumoni door to door in Brooklyn in the 1930s from a horse-drawn wagon. Unlike the Italian version, L&B’s is served in Italian ice cups, making it easier to transport. It’s a mix of ice cream and Italian ice.

Serve the spumoni cut to highlight its exquisite layers. It is also regarded as the traditional method of serving the ice cream dish. The ice cream, on the other hand, lends itself to being scooped. When initially encountering spumoni, it appears to be Neapolitan. The two ice creams are nearly identical except for the addition of fruits and nuts. Spumoni had an influence on the Neapolitan in reality. Cakes, biscuits, and other foods were impacted by it as well.

It Arrives in the U.S.

Salvatore Lezza and his wife, Lucia, bring the first original spumoni recipe to the United States from Nola, Italy.

The First-Known Use of the Word ‘Spumoni’

The term is first used to describe an ice cream with layers of diverse colors, flavors, and textures, frequently topped with candied fruits and nuts.

Sold From Door to Door

Ludovico Barbati, the L&B in the name, begins selling spumoni door to door around Brooklyn on a horse-drawn wagon.

What does spumoni mean in Italian?

Spumone (from spuma or ‘foam’), plural spumoni, is a molded gelato (a low-fat Italian ice cream) prepared with layers of various colors and flavors, typically containing candied fruits and nuts.

Which three flavors are in spumoni?

The majority of traditional spumoni available today are created with a mix of cherry, pistachio, and either chocolate or vanilla ice cream.

Is spumoni for Christmas?

In many parts of the United States, spumoni is considered a Christmas time dessert and is usually paired with cookies of some kind.

5 Amazing Facts About Spumoni That Will Blow Your Mind

Why We Love National Spumoni Day 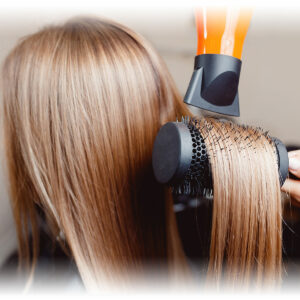 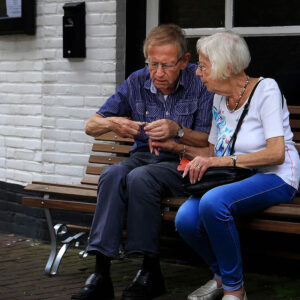 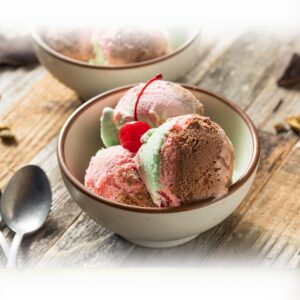 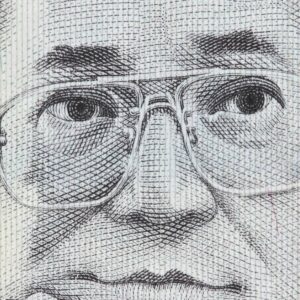