End Better Speech and Hearing Month on a high note but at a lower volume — observe National Save Your Hearing Day, which is celebrated each year on May 31. While it is unclear who founded this particular event, what these mysterious people wanted is crystal clear — to protect hearing and stave off hearing loss at all costs.

History of National Save Your Hearing Day

Records of hearing loss have been around since ancient times. An Egyptian mummy, PUM II, showed evidence of having a perforated eardrum, which signals hearing loss. The ancient Greeks do not have a great history for people afflicted with hearing loss; records indicate such people were shunned by the general population. Surprisingly, the Greek philosopher Aristotle reportedly called them ‘barbarians’ as they (obviously) could not speak properly. The earliest record of hearing loss, however, is from ancient Egypt, in which an ancient piece of papyrus even offers a remedy for hearing loss. These guys, unlike the ancient Greeks, were taught to treat disabled individuals with respect, including the deaf. Other civilizations who treated the deaf with respect were the Romans. A congenitally deaf Roman child in Britain was given a special burial in a coffin made of stone.

Sign language began to be used early on, as evidenced by the writings of the Athenian philosopher Plato. The earliest mention of a hearing device, on the other hand, comes from the writings of an Italian scholar who described an instrument that could amplify sounds.

In later years, whatever the world (and America) learned about hearing protection was spurred on by military needs. Both World Wars saw the development of multiple new inventions in hearing aid, from earplugs and ear flaps (to protect hearing), to earmuffs. As with most inventions, these earmuffs also underwent a series of transformations to become the fluffy ear protectors they are today. The ear cushions were initially very stiff and needed a strong headband to hold them, causing them to be described as having a ‘vice-like’ grip.

National Save Your Hearing Day timeline

Another Early Example of Hearing Loss

At an archaeological site in Iraq, called the Shanidar Cave, many 10,000-year-old skeletons show signs of having a bony growth in their ears, which can cause hearing problems.

The Ebers Papyrus (a medical papyrus of herbal knowledge) gives a remedy for ‘Ear-That-Hears-Badly’ — this cure is an injection of olive oil, red lead, ant eggs, bat wings, and goat urine into the ears.

Signs are Used to Communicate

Monks in Burgundy use hand signals, which would come to be called Cluniac sign language, to communicate without speaking and keep to their strict vow of silence.

First School for the Deaf

A Spanish Benedictine monk, Pedro Ponce de León, starts the first school for the deaf in San Salvador Monastery in Oña, Spain — they use a manual alphabet (fingerspelling) to communicate.

Earliest Mention of a Hearing Device

Italian scholar Giambattista della Porta writes about a horn-like instrument used to increase sound, which is modeled after the ears of animals.

The earplug is patented.

Invented to protect the ears of sailors and soldiers, canal caps could be attached to an adjustable headband.

Earmuffs are Continuously Improved Upon

As jet engines become louder and louder, newer and better versions of earmuffs are developed until we see non-linear electric systems being incorporated into them.

National Save Your Hearing Day FAQs

What month is National Protect Your Hearing Month?

National Protect Your Hearing Month is in October.

What is Save Your Hearing Day?

It is very important to preserve our hearing, and National Save Your Hearing Day recognizes this fact. Each May 31, we observe this day to raise awareness about hearing loss, and how to avoid it the best we can.

What is Better Hearing and Speech Month?

It is a time to learn and spread awareness about communication disorders and the treatment available for them. This month is observed yearly in May. Read more about it here: BETTER SPEECH AND HEARING MONTH – May 2021

How To Celebrate National Save Your Hearing Day

Why We Love National Save Your Hearing Day

National Save Your Hearing Day dates 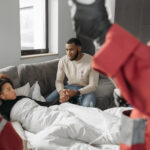