Ever feel jet-lagged after daylight savings? March 13 is National Napping Day and it’s the perfect day to help you recuperate from the “spring forward.” Don’t doze off as I tell you this, I promise this won’t be a snooze fest! Napping is actually scientifically proven to be better for you than coffee or energy drinks. So now you can feel less guilty about enjoying this not so guilty pleasure. You may have lost that extra hour in the day but you can feel like you caught up on some sleep by celebrating the day in style.

National Napping Day was created in 1999 by a Boston University professor and his wife. William Anthony Ph.D. and his wife Camille Anthony created this holiday to spread awareness on the importance of getting enough sleep and its benefits. The holiday was meant to help make up for the amount of sleep lost when the hour changes. The date was chosen because studies have shown that people are already at their most tired and sleep deprived after daylight savings changes. The change of the hour really makes a difference, but National Napping Day can make you feel like there was no change at all.

However, even though the holiday wasn’t created until 1999, the Spanish already had the tradition of taking an afternoon “siesta.” That’s good news for Spain, since daylight savings won’t affect the routine of the people there too much. The Ancient Romans were known to take midday naps as well. With the hustle and bustle of modern life midday naps seem more like a thing from the past to most people. Naps are seen as luxuries now, a symbol of extra time most of us can’t afford. But back then naps were seen as a necessity and were sometimes used for medicinal purposes and even religious practices. Even though National Napping Day was created 21 years ago, it still doesn’t have actual recognition as an official national holiday. Although National Napping Day isn’t technically a real holiday, who doesn’t love a reason to nap?

The Ancient Greeks would regularly take naps during the hottest part of the day.

Naps were commonly taken in Ancient Arabia and sometimes as a part of religious practices.

To this day, the Spanish still honor the tradition of taking midday naps or “Siestas.”

What if I don’t have time to nap?

Don’t worry there’s still some things you can do! The best course of action is to try and get more sleep at night. Try exercising or taking a hot bath before bed.

How long is the best time to sleep for a nap?

It all depends on the results you want. A 20 to 30 minute nap will have you feeling energized and ready to go back to work. A 60 minute nap will leave you more rested but can make you feel lethargic or drowsy when you wake up. A 90 to 120 minute nap can give you the benefits of REM sleep but also takes more time.

How often should I take naps?

As tempting as it is to want to nap everyday, it is recommended to nap two to three days a week. Napping everyday could be a sign of improper sleep during the night or a health issue.

5 Facts About Sleeping That You Didn’t Know About

Why We Love National Napping Day 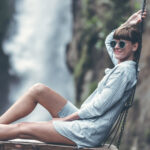 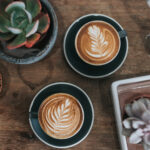