Daylight Saving Day, occurring this year on November 5, is officially the end of the Daylight Saving period which began on March 10. This means that not only do you get an extra hour of sleep, but it will also become darker earlier in the afternoon. Brace yourself, winter is coming.

Daylight Savings Day is always on the first Sunday in November. Make the most of that extra hour in bed!

Though civilizations have been changing their clocks to match the rise and setting time of the sun since ancient Rome, the modern Daylight Saving concept wasn’t proposed until 1895 by New Zealand entomologist, George Hudson. He presented his study to the Wellington Philosophical Society proposing a two hour daylight saving shift. He followed up with a 1898 paper after considerable interest was expressed from the city of Christchurch.
However, many publications and historians credit Daylight Saving to English builder and outdoorsman William Willet, who came up with his own solution in 1905 when he observed how many Londoners slept through a large part of a summer’s day. Two years later he published his proposal to advance the clocks an hour ahead during the summer months. Robert Pearce, a Liberal Party member of parliament, took up the proposal and introduced the first Daylight Saving Bill to the House of Commons on February 12, 1908. However the bill did not become law, with several other bills failing in the following years.
Port Arthur, Ontario was the first city in the world to enact a Daylight Saving Time on July 1, 1908. Orillia, Ontario soon followed in the city’s footsteps. Austria-Hungary and the German Empire adopted Daylight Saving Time on April 30, 1916 to conserve coal during wartime. Britain, its allies, and other neutral European nations soon followed suit. Russia and a few other countries waited until the next year, and the U.S. adopted the concept in 1918. When the war ended, many lawmakers abandoned Daylight Saving with the exceptions of Canada, the UK, France, Ireland, and the parts of the U.S. It became common again during World War II and was widely adopted in America and Europe in the 1970s as a result of the energy crisis.

Participating war countries, and some neutral nations, adopt Daylight Saving Time in order to save coal and other resources.

Daylight Saving Day Around the World

The main tradition is that the clocks go back. Most of us are sound asleep when this happens and then change our clocks when we wake up. While the clocks on our smartphones alter themselves, we have to go around the house and manually update those clocks that need doing.

What time do we turn the clocks back?

On Daylight Savings Day, we turn our clocks back an hour at 2am., so the clock will read 1am.

Do we gain an hour in November?

In November we set the time back — meaning we gain an hour. Confused on when to set the time forward or back? Use this trick: in the spring, time springs ahead. In the fall, time falls back!

The beginning of the Daylight Saving period in March tends to result in people feeling tired since we lose an hour. We may feel more energized in November as our schedules are adjusted for an extra hour.

Why We Love Daylight Saving Day 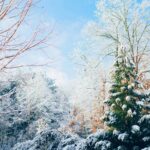