Ground from the seeds of a mustard plant, mustard is one of America’s favorite condiments. Food lovers can celebrate this versatile topping on National Mustard Day, August 5. The National Mustard Museum was the originator of the holiday and celebrates the day every first Saturday in August. Guests who visit the museum on  this special day can take part in a wide variety of games and even try a free hot dog and mustard sampling. Of course, you don’t have to go to the museum to have fun. Be sure to try out as many mustards as possible: the standard yellow American style, French Dijon mustard, Bavarian sweet mustard and the tangy, beer mustard!

When is National Mustard Day 2023?

National Mustard Day is celebrated annually on the first Saturday in August.

Mustard has been among the most used spices in the world for centuries. Believed to have originated in Ancient Egypt, it was used for medicinal purposes as well as a spice. The Greeks and Romans followed suit, utilizing mustard for both flavoring and as a herbal remedy. Mustard was prescribed as a cure for a range of ailments, from snakebites to hysteria.

The mustard arrived in Northern France where it was gradually cultivated by local monks. The word ‘mustard’ is derived from the word ‘mosto’ or ‘grape muss’ — a type of unfermented wine that hasn’t matured and was mixed with mustard seeds by the French monks. Monasteries started producing large amounts of mustard in the 9th century, from which they generated even larger amounts of income through sales.

Prepared mustard or modern mustard as we know it, was created in Dijon, France in the 13th century. The preparation of this condiment is thanks to the efforts of Pope John XXII of Avignon, who loved mustard and created a special post of Grand Moustardier du Pape or the Grand Mustard-Maker, to which he appointed his nephew.

At the beginning of the 19th century, mustard was finely milled into powder by the world’s first mustard millers, the British. This is how mustard became an industrial-level food ingredient. In 1904, the modern yellow mustard was introduced in Rochester, New York, from where it became popular due to its pairing with the classic American hot dog.

On National Mustard Day, grab the mustard and pair it with different food items. Used as a condiment for cheeses, meat, and bread food items such as hamburgers, sandwiches, hot dogs, and even pizza, its versatility is enjoyed today by food lovers everywhere.

Mustard is also a fantastic dressing for salads, an ingredient for sauces, and used in some marinades. If mustard is not being used as a condiment or key ingredient, then its many benefits are being enjoyed in the form of mustard seeds, and mustard oil, both of which have proven benefits for the skin and body.

What day is National Mustard Day?

National Mustard Day is celebrated annually on the first Saturday in August.

What is the mustard museum?

The National Mustard Museum is based in Middleton, Wisconsin, U.S.A.

Is there mustard ice cream?

Mustard ice cream is a real thing and you can find it as a specialty item in some stores.

5 Facts About Mustard That You Don’t Know

Why We Love National Mustard Day 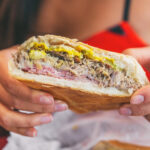 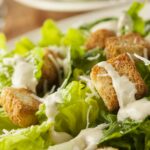