National Develop Alternative Vices Day takes place on February 9 every year. Tobacco use, excessive consumption of unhealthy foods, excessive consumption of alcohol or coffee, gambling, overindulging in social media, and watching television are all harmful vices. On National Develop Alternative Vices Day, people are encouraged to replace their vices with ones that are less harmful to their bodies and minds. It is not a day to give up on all fun; rather, it is a day to find new methods to experience it. Take ownership and accountability and act proactively to replace your vices, or excess, with those that are less harmful to your health and psyche.

National Develop Alternative Vices Day was first observed on February 9, 2016, and has been marked on the same day ever since. This day is all about conquering undesirable habits in our lives, such as smoking, drinking too much alcohol, and spending too much money on social activities, all of which are referred to as unhealthy vices. It’s not that we force them to replace their vices with ones that are less harmful to their bodies and minds, but it is a day for finding alternative methods to enjoy other, less harmful vices.

Theologians, scholars, religious leaders, poets, authors, literary theorists, and political intellectuals have produced volumes throughout the ages on vices, which alternate with virtues. Temperance, knowledge, justice, and bravery were considered the four most important characteristics of a person’s character by the Greek philosophers Aristotle and Plato. Pride, greed, desire, jealousy, gluttony, anger, and sloth, are among the worst vices mentioned. Aristotle is unequivocal that anger should never be allowed to destroy reason, and he emphasizes the value of pleasure in human existence and how we should live.

Consider what your vice, weakness, or poor behaviors are. Are they lies or ruses? They might be as simple as not biting your nails, limiting your alcohol consumption, or indulging excessively. Anything may be a negative habit as long as someone is listening and regards it as a vice or an ethical deficiency. Recognize what may be the source of your vice. Stress caused by financial difficulties or income loss, sleeplessness, the death of a loved one, disagreements, or chronic pain, among other things, must be handled.

The Social History of Vices

A wonderfully condensed social history of Canadian vices during the past five centuries can be found in “Canada the Good: A Short History of Vice.”

Criminology has a long history in Europe, dating back to the 1700s and 1800s.

The Study of Crime Statistics

Adolphe Quetelet, a Belgian statistician, is one of the first to investigate crime statistics, which were initially published in 1872.

The term "crime wave" was first used in American English.

Why do we need to develop some alternative vices?

Because the quality of life is vital in terms of achieving pleasure and fulfillment.

What is the ultimate purpose of creating alternative vices?

The ultimate objective is to be able to provide you with healthy vices or exceptional healthcare.

What constitutes a vice?

A vice can refer to a flaw, a negative personality feature, a defect, an illness, or a harmful or unhealthy habit.

5 Facts About The Vice Of Smoking 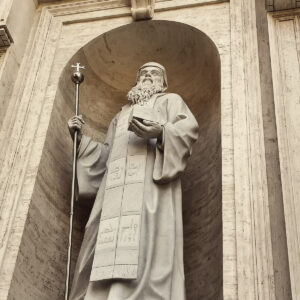