National Clean Off Your Desk Day takes place on the second Monday of January each year. When was the last time you cleaned out your workspace? Did you know the average work desk can be 100 times filthier than a kitchen table? Nasty, right? But there’s more. A work desk is probably 400 times less hygienic than an average toilet seat. Hygienic surroundings keep us free from all kinds of diseases. A clean workspace unclutters and inspires. And scientific research says tidy desks make you more efficient. So, take time today for some thorough decluttering and cleaning.

Remember, a messy desk is an invitation to chaos! A clean desk, on the other hand, helps you focus, be more productive, and generally makes you feel good about your workspace (as does a new laptop stand if you want to treat yourself). And when we say clean we don’t just mean physical clutter. That’s correct, your computer desktop counts too. Drag those files into a nice, neat folder!

We scoured high and low to trace the founder of this day. It seems they were too busy getting things done and had no time to claim the credit. That’s quite inspiring. Thanks to them, the world officially has one more reason to get organized.

The origin and history of National Clean Your Desk Day are unknown. We wish we knew who was the organized clean-enthusiast who started this celebration. Celebrated on the second Monday of January, it is likely that this holiday is the result of the cluttered desktops pre and post the Christmas season and New Year. Who knows? The holiday may have stemmed from a New Year’s resolution!

It is essential to have a proper workspace for anyone to be productive. Your workstation is your work zone and, if it is not functional, it can impede creativity, the completion of tasks, and workflow. Think about it, don’t we all just hate it when we can’t find a pen or when an important document is buried under the clutter on our desks? It is proven again and again that a well-organized space boosts productivity and allows workers to better focus on work. It’s quite therapeutic, really.

The word ‘desk’ was coined in the 14th century but only became widely used in the 18th century. Desks were mostly used by legal professionals and clergymen but, today, they are found almost everywhere. After the Industrial Revolution, work shifted from intense physical labor to desktops. Before computers became mainstream and most work went digital, drawers (a lot of them) were the way to go for organizing workspaces. After computers became the norm, unnecessary paperwork was gradually disposed of, but with the many USBs and plugins required for maintaining data digitally, we still end up with messy desks!

Students and creative people such as artists, writers, makeup artists, etc., are among those with the messiest desks! Given how important it is to be focused and achieve our work goals, it is wise to spend some time cleaning and organizing our desks, rather than waste hours searching for missing items.

But here’s why we should do a thorough job of it today. The average work desk can be 400 times filthier than a toilet. As gross and dramatic as those statistics might be, they’re unfortunately true. Most germs thrive on computers and keyboards. Today’s a good day to give your laptop a thorough cleaning.

What’s more, people who work in cluttered environments often suffer from unrecognized stress. Random items, documents, and scraps of paper can slowly pile up on our desks. They’re not just unappealing to look at but extremely stress-inducing. Cluttered desks are just plain inefficient. Where’s the notepad when I need it? I could’ve sworn that file was right here. It’s the stuff of nightmares, especially when you’re pressed for time.

Modern lifestyles are synonymous with stress. The good news is that we can alleviate much of it through small actions. Working in clean and bright spaces has been proven to reduce stress. Tidy desks first thing each morning can instantly uplift moods. Want to take it one step further? Adorn your desk with indoor plants or seasonal flowers. Prop up a favorite piece of art or pictures of your loved ones. Clean, aesthetically pleasing desks can do wonders for motivation and productivity levels.

The Modern Latin word 'desca' means 'table to write on', and this gives birth to the word 'desk'.

A Shift In Working Trends

More people move away from labor-intensive work in favor of desk jobs.

The first commercial offices begin to appear in industrial cities throughout the northern U.S.

The Centennial Exposition in Philadelphia is all about new office equipment and furniture, featuring fancy roll-top desks and new filing systems.

A Boom In Office Furniture Production

Steel desks become popular since they can withstand continual pounding on typewriters and carry heavy loads of paper.

Bad Koenig-Zell, Germany, is the first place to host the Office Chair Racing Championship, with around 70 people participating!

Researchers at San Diego University find that the average office has over 500 species of bacteria.

Researchers at the University of Minnesota discover correlations between tidy desks and clean eating habits.

Lamps add instant sophistication to any room – and there are plenty of different kinds to choose from.

The Best Standing Desk Mat for 2022

When looking for the best standing desk mat, you want something that’s going to complement and integrate with your workstation.

The Best Standing Desks of 2022

What is National Clean Your Room Day?

With the exception of people who are born organized neat freaks, we can all admit our rooms can get chaotic from time to time. To the delight of parents and more polished family and friends, May 10 is National Clean Your Room Day.

Why cleaning your desk is important?

A clean and tidy work environment boosts productivity and morale, so keeping on top of the mess in your office should be a priority. With desks providing the perfect host for bacteria to flourish, maintaining a strict cleaning schedule is essential to ensuring employees remain positive and healthy in the workplace.

How often should you clean your desk?

If you’re using your desk every day, you should aim to thoroughly clean and disinfect it once every two weeks. Between these deeper cleanings, aim to sanitize high-touch points such as desk phones, keyboards, and mice once a day.

Why We Love National Clean Your Desk Day 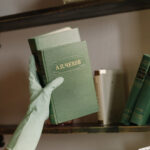 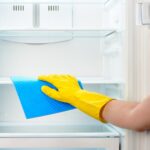 Clean Out Your Refrigerator Day