National Bloomsday is celebrated all over the world on June 16 every year. It is predominantly an Irish festival. The day serves as a tribute to James Joyce, the Irish writer best known for the 1922 novel “Ulysses.” The novel is about Leopold Bloom and his adventures on a usual day in Dublin going from one appointment to another. That day happens to be June 16, 1904. But did you know, on the same day in real life, James Joyce had his first date with his would-be wife Nora Barnacle? Is it just a mere coincidence? Either way, National Bloomsday commemorates these two occasions every year on June 16.

National Bloomsday was first mentioned back in 1924. A letter was written by James Joyce on June 27, 1924, that talks about how a group of people would celebrate Bloomsday by gathering together on June 16. The holiday’s name was picked from the name of the protagonist of the book “Ulysses,” Leopold Bloom.

Famous artist John Ryan and popular novelist Brian O’Nolan came together to organize the first official Bloomsday back in 1954. They celebrated the day in Dublin by taking a pilgrimage along the routes mentioned in “Ulysses.” They were accompanied by James Joyce’s cousin, his brother Tom Joyce, and Patrick Kavanagh. A.J. Leventhal and Anthony Cronin also joined the journey as they were the ones steering the two horse-drawn carriages inside which the rest of the group were sitting.

Every member was assigned a character from the novel and they all participated in a sort of role-playing. A.J. Levanthal portrayed Leopold Bloom, Brian O’Nolan portrayed Simon Dedalus, John Ryan portrayed Martin Cunningham and Anthony Cronin portrayed Stephen Dedalus.

Starting from Martello Tower, their plan was to end at Nighttown just as it has been described in the novel. Sadly, they didn’t complete the pilgrimage and cut it short at the midpoint due to them all getting too drunk to even take a step further.

Since that day, National Bloomsday has been celebrated as one of the biggest festivals in Ireland and is also commemorated all over the world by Joyce enthusiasts.

James Joyce and his would-be wife Nora Barnacle go on their first date.

“Ulysses” is published by Shakespeare and Company in printed hardback.

The first official pilgrimage is undertaken by a bunch of Joyce enthusiasts celebrating National Bloomsday.

Is National Bloomsday a holiday in Ireland?

National Bloomsday is not an official holiday in Ireland. The day is celebrated primarily by Joyce enthusiasts in Ireland and around the world. Many visit Dublin on this day to participate in the pilgrimage and to pay homage to Joyce and “Ulysses”.

How should a lady dress for Bloomsday?

Ladies can sport a long skirt, preferably in a dark color, maybe green or brownish-green. They can couple it with a white blouse. If it has ruffles at the collar or at the wrists, even better. Finally, a shawl over the shoulders will complete the look.

Why is “Ulysses” banned?

“Ulysses” was banned to protect the “delicate sensibilities of female readers,” even though the book owes its very survival to numerous women. The ban was due to a less sympathetic woman reader who responded to the book in a manner that went on to spark a court case in New York.

5 Things You Didn’t Know About “Ulysses”

Why We Love National Bloomsday 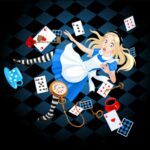 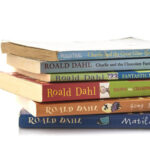