The possibility of a utopian world is promoted annually on International Day of Neutrality, December 12. The observance of this day was initiated by the United Nations and focuses on advocating and campaigning for mutually beneficial- and friendly relations between countries. A country in a neutral state means that it is not taking any sides in times of conflict or war. Switzerland is a great example of neutrality, which chose to remain neutral during both World Wars.

History of International Day of Neutrality

International Day of Neutrality was officially declared in a resolution passed by the UN General Assembly in February 2017 and was celebrated on December 12 the same year.

The duties and rights of a neutral country are set in the Hague Convention of 1907. In international law, a sovereign state that refrains from any participation in a war with or between other countries and maintains an attitude of indifference towards belligerents is defined as a neutral country. In return, belligerents should respect this impartiality. A country in a permanent state of neutrality will remain as such in all future wars.

In 1815, the first country to declare its permanent status of neutrality was Switzerland and, as a result of this, thousands of refugees have found a safe haven in this country over the years. But Turkmenistan is the only state that is recognized as neutral by the United Nations. Resolution 50/80 was adopted by the UN General Assembly on December 12, 1995, recognizing Turkmenistan as an entirely neutral state. The anniversary of this declaration was then established as the International Day of Neutrality on February 2, 2017.

In order for countries to operate effectively while remaining independent, neutrality serves as an important concept for the United Nations to gain the cooperation and confidence of its member countries. The UN creates awareness of neutrality as a means to strengthen security and peace in regions where it is needed and, eventually, at a global level so that friendly ties are maintained between countries all over the world. Functions that fall under neutrality include prevention of conflict, negotiation, mediation, and employing special envoys, consultations, and development activities.

At the Berlin Conference, the concept of neutrality is used to resolve conflict during the colonization of Africa.

The UN General Assembly announces December 12 as the International Day of Neutrality.

When is World Peace Day celebrated?

World Peace Day or International Day of Peace is observed annually on September 21.

Neutrality is defined as the particular status of a country in which it declares itself as a non-participant in war or conflict between belligerent states.

Which European countries and states did not fight in WWII?

The countries and states that adopted neutrality until the end during World War II were: Switzerland (including Liechtenstein), Sweden, Portugal, Spain, Andorra, Ireland, and the Vatican.

How To Celebrate International Day of Neutrality

5 Facts About Neutral Countries Around The World

Why International Day of Neutrality is Important 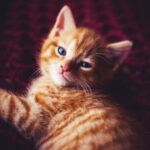