Gingerbread Decorating Day is celebrated by children and adults alike on December 12 every year. The day sets the mood for the upcoming holiday season. Baking of gingerbread is one of the oldest holiday traditions and Gingerbread Decorating Day unleashes the hidden artist in us! Gingerbread is a broad range of baked goods flavored with ginger, cloves, nutmeg, and cinnamon. It is sweetened with sugar, honey, or molasses. Gingerbread ranges from a soft, moist loaf cake to a crisp or dense ginger biscuit, depending on your favorite. If you are a novice baker or simply too busy, you don’t actually have to bake gingerbread cookies or a gingerbread house. Pick up your favorite gingerbread items from the baker, make some quick icing, and get started on a gingerbread decoration project with all the candies you can lay your hands on. Gingerbread can be decorated with many things. You can use chocolate chips or creative icings like lemon or buttercream icing to decorate your gingerbread, and the only limit is your imagination. Gingerbread decorating is best done in groups, as fun shared is fun doubled. Many childhood memories are centered around gingerbread flavors and colors as families make this a holiday tradition.

The origins of Gingerbread Decorating Day are unknown. Thankfully the history of gingerbread is well-documented. Gingerbread was brought to Europe by the Armenian monk, Gregory of Nicopolis, in the 10th century. He brought the necessary spices from the Middle East and then demonstrated gingerbread making, using spices and molasses, to French Christians. By the 13th century, gingerbread had become popular and nuns in Sweden would bake it as an antidote to indigestion.

It was in Sweden that painting and decorating gingerbread became popular. These decorated gingerbreads were in fact used as window decorations! The 13th century also saw gingerbread make its way to the city of Toruń in Poland, where the honey made in the nearby villages made the cookies especially delicious. To this day ‘Pierniki Toruńskie’, as they are known in Poland, is iconic in Poland’s national cuisine. From the 17th century onwards, gingerbread was sold in monasteries and pharmacies in England, where it was popularly believed to have medicinal properties. It was also in this century that you could only make gingerbread if you were a professional gingerbread baker — unless it was Easter or Christmas when everyone was allowed to make gingerbread at home.

In the play, “Love’s Labor’s Lost”, Shakespeare wrote, “And I had but one penny in the world, thou should’ st have it to buy gingerbread” — such was its popularity! In 1875, the gingerbread man was introduced to holiday traditions through a fairy tale published in St. Nicholas Magazine, where he was depicted as a holiday treat that was eaten by a hungry fox.

An early form of gingerbread can be traced to the ancient Greeks and Egyptians, who used it for ceremonial purposes.

Gregory of Nicopolis makes the first gingerbread in its modern method and style.

A guild in Germany begins to control gingerbread production, limiting the baking to artisans.

Gingerbread mass-produced as the steam-powered scroll saw and lathe are widely available in the middle 1800s.

How long do gingerbread decorations last?

You can keep a gingerbread house for years with proper storage. Our houses will stay fresh to eat for up to 12 months depending on how they are displayed and/or stored. Keep in mind that if you are displaying your decorated house, it will gather dust and other air particles.

Why is it called gingerbread?

Originally, the term gingerbread referred to preserved ginger. It then referred to a confection made with honey and spices. Gingerbread is often used to translate the French term pain d’épices (literally “spice bread”).

Where did the making of gingerbread houses start?

What are some benefits of eating ginger?

Ginger has a host of health benefits: it can help with indigestion or nausea, is anti-inflammatory, could even lower cholesterol levels and heart disease risk factors, and has some cancer-fighting properties.

How To Celebrate Gingerbread Decorating Day

5 Facts About Gingerbread That Will Blow Your Mind

Why We Love Gingerbread Decorating Day 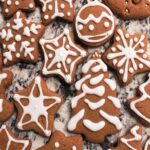 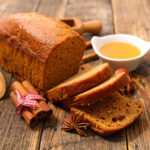