An event to recognize brilliance in both American and international film and television, the Golden Globe Awards in January is one of the major Hollywood awards for the entertainment industry. This year, it takes place on January 9. Actors, directors, cast, and crew have vied for this golden statuette and the prestige that comes with it since 1944, although these awards have been somewhat embattled of late. Recognition by their peers is still a much-cherished act, and the Golden Globes deliver the rewards.

A group of Los Angeles-based foreign journalists came up with the idea for the Golden Globes to help the distribution of cinema to non-U.S. markets. They initially created the Hollywood Foreign Correspondents Association in 1943. By then, the Academy Awards were well-established and the organization realized what a good idea it would be to have a similar award ceremony, to honor film contributions from American and foreign cinema.

The first Golden Globe awards — in January 1944 — were held at the 20th Century-Fox studios and only gave out scrolls in place of awards. The idea for the current statuette — a golden globe surrounded by a film strip — came the following year from the president of the organization, Marina Cisternas. Six years later, the group split into two, only to reunite five years later, becoming the Hollywood Foreign Press Association (HFPA). Award ceremonies continued to be held in various venues across the U.S., with new award categories added.

By 1963, the Golden Globes featured individuals to specially hand out the awards, in addition to the host or presenter. Introduced as ‘Miss Golden Globe’, (later renamed ‘Golden Globe Ambassador’), these persons were often the daughters, (and sometimes the sons) of celebrities. Over the years, the awards were broadcast globally, reaching 167 countries worldwide and airing live across all U.S. time zones.

While questions of credibility have dogged these awards — voter fraud, allegations of awards-for-attendance, and more — the current generation’s adoration for all things entertainment raised Golden Globe status to bigger and better heights. According to TV ratings, this ceremony has consistently been one of television’s most-watched events.

In the wake of new challenges against the HFPA, they eschewed live streaming for the 2022 awards ceremony, releasing the list of Golden Globe winners via their social media.

The organizing committee cancels the 65th Golden Globe Awards due to the threat of picketing writers from the then-striking Writers Guild of America, announcing the winners via an hour-long press conference.

The Golden Globes goes from being one of the two major Hollywood award ceremonies without a host to live shows with solo presenters; they kick off this trend with English comedian and actor Ricky Gervais.

Winners get a sleek new design — the new statuettes are taller, leaner, and more golden than their predecessors, with a bronze replacing the marble base.

Are the Golden Globes better than the Oscars?

The Oscars are widely considered the most prestigious Hollywood award show, although the Golden Globes have held their own in the most distinguished category.

Do you get money for winning a Golden Globe?

Golden Globe Award winners get an immense amount of prestige and fame (plus that statuette) for their work, but no actual prize money is given.

What's the difference between an Emmy and a Golden Globe?

The Emmy Awards honor people across the television industry, while the Golden Globe Awards recognize foreign and domestic films and television.

Why We Love Golden Globe Awards 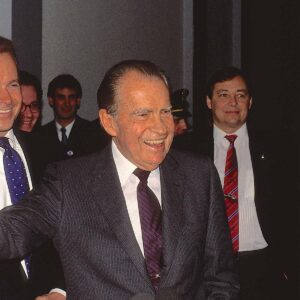