Every year on the third or fourth Wednesday in October, a very special event comes around — the Day of Unity, or Unity Day, as it is commonly called, which is celebrated on October 20 this year. This is the signature event of National Bullying Prevention Month, also celebrated in October. Multiple anti-bullying campaigns — of which Unity Day is one of them, are organized during this period. The key message of this month, and this day, is to unite for kindness, courage, and inclusion, to prevent students from being bullied.

History of Day of Unity

If you thought bullying was unique to certain cultures or civilizations, think again! In fact, bullying is also not simply a ‘human’ concept; animals exhibit such behavior too.

This unfortunate trend has been around since hunter-gatherers roamed the Earth, and is unfortunately all too common around the globe at present. The effects, too, are the same everywhere. A study spanning multiple countries even proved that bullying was common all over the world, and so were its effects. While the study showed variations in the targeted individuals, in no place was bullying completely absent.

No one culture is responsible for creating this behavior; this tendency to coerce, intimidate, or harm others is likely evolutionary, scientists say. Man had to fight for everything once, and this attitude persists today.

People have always wondered about the motivation behind this behavior, hence the studies conducted on bullying. These were sporadic, however, until Dan Olweus’s 1978 study. After studying school children and their overt behavior, he described bullying as ‘physical harm.’ Various forms of indirect bullying did not enter his description. His research proved a strong base for others — educationists, psychologists, sociologists, and criminologists — to study bullying.

Since Olweus, the description of bullying has evolved to include subtler forms of oppression, like verbal abuse and social exclusion. The attitude towards bullying — which was once considered a normal part of growing up — is changing; we recognize it as a social problem that must be addressed.

The Minnesota-based PACER Center initially championed children with disabilities. These guys realized the importance of anti-bullying campaigns to make children feel safe and secure in school. They launched their National Bullying Prevention Center in 2006 and then launched the National Bullying Prevention Month campaign in 2011. Unity Day is a crucial part of PACER’s anti-bullying campaign. On this day, people online, in schools, and in communities come out to stand up against bullying. PACER has updated its tagline to read “Together against bullying. United for kindness, acceptance, and inclusion.” They aim to increase focus on positive behaviors that reduce bullying and transform schools and online worlds for the better.

Examples of Bullying in School

A novel by Thomas Hughes titled “Tom Brown's School Days” becomes famous for its account of the school bully, Flashman.

Bullying in the News

The first published announcement on bullying since 1790 appears in “The Times” after the death of a soldier; the writer mentions that bullying is considered a part of human nature and is frequent in schools, camps, barracks, or ships’ crews.

A Study on Bullying

A multinational study spanning 28 countries across North America and Europe reveals that bullying is a global phenomenon, and so are its effects.

Unity Day is founded as a part of the National Bullying Prevention Month campaign.

Why is ORANGE the color of Unity Day?

This color is described as warm and inviting. Also, it is commonly associated with safety, visibility, and protection.

Canada and the U.S. celebrate this anti-bullying day. Multiple countries — India, Russia, Yemen, Germany, Ukraine, Kazakhstan — also have their very own celebrations named ‘Unity Day’ or a variation of it but the purpose of each celebration differs as per the country.

What month is anti-bullying?

October is National Bullying Prevention Month in the U.S.

How To Celebrate Day of Unity

Why We Love Day of Unity 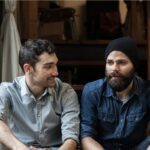