Cesarean Section Day is on January 14. Do you know that it has been more than 200 years since the first successful cesarean section was performed? C-section, or cesarean section, is a procedure in which the baby is operated out of the mother’s womb by making an incision in the abdomen, instead of normal delivery, which is through the vaginal canal. Cesarean Section Day was created to credit the first successful cesarean section delivery performed by Dr. Jesse Bennett in 1794. This day is dedicated to the people born through C-section and also to the medical marvel that helped many mothers give birth without any complications.

The story behind the first C-section performed is an interesting one. The year was 1794. Elizabeth, the wife of American physician Dr. Jesse Bennett, was in labor, and Dr. Humphrey and Dr. Jesse himself were the only two doctors to attend to her. Elizabeth had been in labor for several hours, and the delivery became riskier as time went on. The doctors realized that C-section was the only option they had. This was a time when the C-section had never been performed and Dr. Humphrey was skeptical about this. He believed that carrying a C-section delivery meant certain death of the mother and the child. An argument followed between the two and Dr. Humphrey left Dr. Jesse Bennett’s house.

Dr. Jesse, Elizabeth, and a few maids and domestic help were the only few people left in the house with a daunting challenge staring at them. Dr. Jesse mustered the courage and decided to perform the C-section himself. He did not have proper medical apparatus and equipment at home to perform the delivery and had homemade instruments only. He quickly assembled planks supported by barrels, to make the operation table. A candle was lit to serve as the guiding light. Laudanum, which is a tincture of opium, was used as an anesthetic.

The operation began. Dr. Jesse confidently made a precise cut on his wife and cut open her abdomen. He then removed his daughter from her mother’s womb and cut off the umbilical cord. It is said that Dr. Jesse then proceeded to take out Elizabeth’s ovaries, justifying that he didn’t want to have such an experience again. Miraculously, both the mother and the child survived. The daughter was named Maria.

It is believed that Dr. Jesse never disclosed the details of the crude C-section performed in his barn. He felt that no one would believe him, or worse, they would call him a liar. It was much later, after Dr. Jesse’s death, that Dr. A.L. Night, who was a young boy when Dr. Jesse performed the C-section, assembled eye-witnesses of the C-section delivery and made a detailed report of the incident. And thus, the world came to know about the story of the bravery shown by both Elizabeth and her husband in times of crisis. Cesarean Section Day was created to honor this legendary couple and celebrate the advancement in medical history that helps save millions of mothers and infants every year.

Bennett, an American physician, is born on July 10 in Philadelphia.

Bennett graduates as a Doctor of Medicine.

Cesarean Section Day is created to mark the day of the historic operation performed by Dr. Jesse.

Is the Cesarean section painful?

No. A Cesarean section delivery is not painful. It is a misconception that the C-section is painful because general anesthesia is not administered and the woman is awake from the waist up.

What are the types of Cesarean sections?

Depending on the type of incision made, the Cesarean section is mainly of two types. One is the classical cut, which is a vertical cut across the abdomen, and the bikini cut, which is a horizontal cut.

There are shreds of evidence suggesting that babies born through C-section have higher I.Q. However, these claims are debatable and are not cut and dried as the I.Q. of a person may depend on the environment of upbringing and other factors also.

How to Observe Cesarean Section Day

5 Facts About C-sections That Will Blow Your Mind

Why Cesarean Section Day is Important 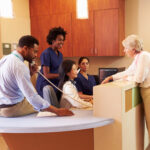 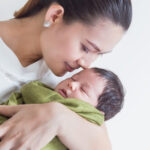