The young, fearless, and talented Navia Ziraili Robinson was welcomed into this world on May 4, 2005, where she already started pursuing performing arts only five years later! Robinson is best known for her role “Nia Baxter” alongside the very well-known Raven-Symoné in “Raven’s Home”— a “Disney Channel” series based on the iconic series “That’s So Raven.” But, it all started for Robinson when she took part and won the Overall Top Child Model award at six years old in Orlando, whereafter she was signed by Generation Model Management.

Navia Ziraili Robinson was born in Georgia, U.S., and raised by her parents, Jeffrey and Gianna Robinson, with her two brothers, Maz and Gianna Robinson. It’s known that Robinson had a rich imagination from an early age and always liked to play pretend. In 2010, when she was only five years old she began pursuing performing arts and took part in a competition in Orlando where she won the Overall Top Child Model award of 2011. This award was the start of big things as she was noticed and signed by the modeling agency Generation Model Management in the same year.

Navia Robinson landed her major role in the B.E.T. Network drama series “Being Mary Jane.” Robinson played Mary Jane’s niece ‘D’Asia’ for two seasons, and her first episode premiered on July 2, 2013, and appeared in her final episode in 2015. Robinson did not sit still for a second after the end of her role as she got an invitation from Disney to join their two-week-long summer boot camp in 2015, Los Angeles. The young actress then scored her second big role as ‘Nia Baxter’— the role she’s best known for — in the Disney Channel sitcom “Raven’s Home.” She announced the exciting news on April 4 when she posted on Instagram “I will see you on Raven’s Home.”

Robinson also appeared in the Emmy Award-winning Netflix series “Free REIGN” during the same year. The following year, she worked on the T.V. series “Do It Duo” with Jason Maybaum and Issac Ryan Brown, with the first episode premiering on June 1, 2018. She was already working on another role when her time in “Free REIGN” ended on July 6, 2019, and she was seen on December 18, 2019, in “Marvel Rising: Playing With Fire.” Robinson stunned her followers when she announced on Instagram that she, Oscar Morgan, and Olivia Rose Keegan will join the cast of “Gotham Knights” for the pilot episode on March 10, 2022.

Robinson is noticed and signed by Generation Model Management at the early age of six years old.

She lands her first major role in “Being Mary Jane” and is well-known for her role as the character “D’Asia” which she plays for two seasons.

On April 4, Robinson is cast for the Disney T.V. series “Raven’s House” for the role of Raven’s daughter.

Robinson is a nominee for the Emmy Award — Outstanding Younger Performer in a Children’s Program.

Something Big is Brewing

Robinson posts on Instagram that she, Olivia Rose Keegan, and Oscar Morgan are the cast for the upcoming “Gotham Knights” pilot.

Why We Love Navia Robinson

No, but she did play her family member in the sitcom “Raven’s Home.”

She is single and completely focussed on her career.

What happened to Navia Robinson on “Raven’s Home?”

The actress went on to voice the role of Dora in Dora the Explorer and will star in “We Are Gathered Here Today.” She was cast in The C.W. series “Gotham Knights” in March 2022. 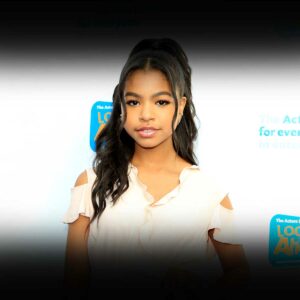 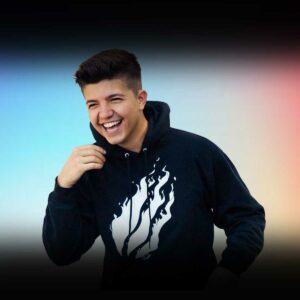