Miranda Cosgrove, born May 14, 1993, started her acting career appearing in “School of Rock” and then went on to dominate the small screen in Nickelodeon shows. She starred in not one but two of the channel’s most famous shows, with her playing the lead in the second one. She is also an accomplished musician with many hit songs. In addition, she lent her voice to the character of Margot in the hit “Despicable Me” animated movie franchise. Nowadays, Cosgrove is bringing us our fair share of nostalgia by starring in an “iCarly” reboot on Paramount+. It’s time to celebrate her special day, so read on and do it with us!

Miranda Cosgrove was born in Los Angeles, California. Her ethnicity is Irish, English, and French. She is the daughter of Tom and Chris Cosgrove. Cosgrove’s talent shone from a very early age — she was discovered by an agent while singing and dancing at a restaurant she was eating at with her mother. After this, she began appearing in commercials and modeling for different brands. At the age of seven, she began to audition for roles in theater and T.V., and made her television debut in the superhero drama “Smallville.” In 2003, she made her film debut in “School of Rock,” starring alongside Jack Black.

There used to be a time when turning on Nickelodeon meant seeing Cosgrove. Whether she’d be the mean little sister, the charismatic internet show host, or just appearing as herself in one of her music videos, this actress dominated the kids’ T.V. channel for a few years. This all started in 2004 when she had her breakthrough in the Nickelodeon series “Drake & Josh,” where she played the mischievous Megan Parker, sister to the titular characters. Megan was known for trying and succeeding to ruin whatever plan her brothers had, especially if it was getting in the way of something she wanted. The character quickly became one of Nickelodeon’s most famous and made a star out of Cosgrove. She landed her second major film role in the comedy “Yours, Mine & Ours” alongside “Drake & Josh” castmate Drake Bell. She also guest-starred in episodes of “Zoey 101” and “Unfabulous.” In 2007, Nickelodeon premiered a new sitcom, “iCarly,” with Cosgrove as the lead and titular character. There, she starred as Carly Shay, a girl who creates a web show with her two closest friends and lives with her quirky older brother. The show also gave Cosgrove her debut as a recording artist, as the theme song, ‘Leave it All to Me,’ features her singing with Drake Bell, and was released as a single that same year. The “iCarly” soundtrack featured four songs by Cosgrove, and one of them, ‘About You Now,’ peaked at number 47 on the Billboard Hot 100. In 2009, she released her debut solo recording album, the “About You Now EP.” She also sang ‘Raining Sunshine,’ a promotional single for the animated film “Cloudy With a Chance of Meatballs.”

In 2010, Cosgrove made her animated film debut by lending her voice to the character of Margo in the Universal Studios animated film “Despicable Me,” reprising her character for its sequels later on. That same year, she released a single, ‘Kissing U,’ from her new album, and she released the album, titled “Sparks Fly,” a few months later. It reached number eight on the Billboard 200 chart. In 2011, Cosgrove released her second E.P., “High Maintenance,” which contained a single called ‘Dancing Crazy’ that Cosgrove had written with Avril Lavinge — it debuted at number 40 on the Billboard Hot 100. She released a second soundtrack with “iCarly” in 2012, the same year the show ended, and went on tour to promote her first album. In 2015, Cosgrove was cast in the NBC sitcom “Crowded,” which was canceled after one season. In 2019, she became the host of the CBS show “Mission Unstoppable with Miranda Cosgrove,” which was nominated for two daytime Emmy Awards the following year. Nine years after the show ended, Cosgrove reprised the role of Carly Shay, but this time for the show’s reboot on Paramount+. In 2022, she was included in the “Forbes” ‘30 under 30’ list.

An agent discovers her while she is singing and dancing at a restaurant.

She stars in Summer Hathaway’s film “School of Rock.”

She gets her big break starring in the Nickelodeon sitcom “Drake & Josh.”

Cosgrove gets the opportunity to lead her own Nickelodeon sitcom in “iCarly.”

After releasing singles and an E.P., she releases “Sparks Fly.”

She Goes Back to “iCarly”

The original show ended in 2012, but Cosgrove reprises her role for its reboot streamed by Paramount+.

Why We Love Miranda Cosgrove

Did Miranda Cosgrove have a baby?

No, Cosgrove doesn’t have any children.

Yes, starring in “iCarly” together made the actresses friends, and they still are to this day.

Why did Miranda Cosgrove leave “iCarly?”

While she didn’t leave the show, one of the reasons for its ending was so that Cosgrove could attend college. 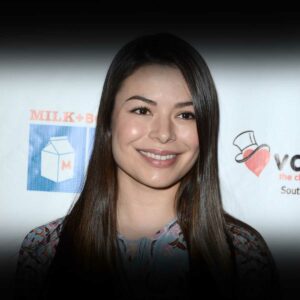 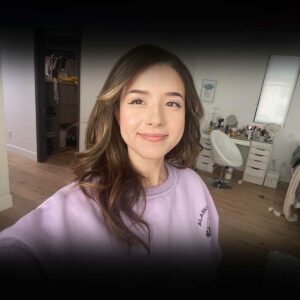 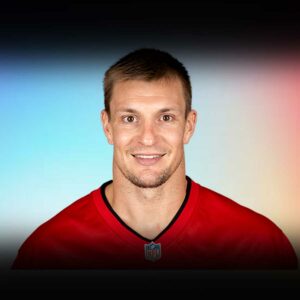