Da Brat, actual name Shawntae Harris, was born in Chicago, Illinois on April 14, 1974. She was raised in two families, partly by her mother and grandmother and partly by her father and her paternal grandmother. Harris received her break in 1992 when she won a rap competition by Yo MTV Raps. Harris’s image as a female version of Snoop Doggy Dogg was fostered by her producer Jermaine Dupri. Her debut album, “Funkdafied,” was released in 1994 and made top rankings. The same-titled record was certified platinum, making her the first female rapper to sell a million copies.

Shawntae Harris, better known as Da Brat, was born on April 14, 1974, in Chicago, Illinois. She lived with her family— mother and father — and was cared for by both. When she was a youngster, her parents divorced. At the time, wearing long skirts and participating in the chorus at a strict Pentecostal church attended by Harris, known as Shawnie then, was a must. When Harris initially began listening to artists like Monie Love and LL Cool J, she started moving away from gospel music.

Known for her fast-paced lyrical style, Harris rose to prominence in the 1990s. Singing about drugs and violence helped keep her relevant in the male-dominated hip-hop scene even though she was a female rapper. In October 1996, “Anuthatantrum,” Harris’s follow-up album, was released. Unlike her earlier venture, when Dupri was the only creative power, she was more involved this time around. Aside from receiving mixed reviews, it failed to get the same sales as her previous work. T-Boz from TLC joined her on the hit ‘Ghetto Love.’ Mariah Carey, Missy Elliott, and Lil’ Kim have all worked with her on remixes of her songs, including ‘Always Be My Baby,’ ‘Heartbreaker,’ and ‘Sock It to Me.’

Her outspoken persona won over hip-hop and music lovers equally. Rapper and actress Harris rose to fame in the U.S. after receiving two Grammy nominations during a six-year period. She is the first female solo rapper to have an album certified platinum for her first album — “Funkdafied.” However, she is best known for her work as a guest musician on the albums of other composers. Currently, Harris has been in many films and television series as well as being a member of the So So Def Records roster. The actress/rapper acts as a judge on MTV’s reality competition program “Celebrity Rap Superstar.” There are two Grammy nominations for Harris and three Billboard Awards for the artist. Her career has been colored by controversy due to her unpredictable behavior. She has gotten into several legal fights, and she’s even done time in jail.

Harris gets her big break and wins Yo! MTV Raps contest.

The Album gets to number two on the Hip-Hop Charts and stays there for almost three months.

‘Not Tonight’ remix is selected for Best Rap Performance by a Duo or Group.

Why We Love Da Brat

Who is Harris to Jermaine Dupri?

Jermaine Dupri and Harris aren’t related but their friendship and respect for one another is comparable to that of siblings.

After finally being released from prison, she is working hard. From 2011 to the present, she has released solos and worked as an actress on several T.V. shows.

It is not clear because she has denied allegations of her being bisexual. 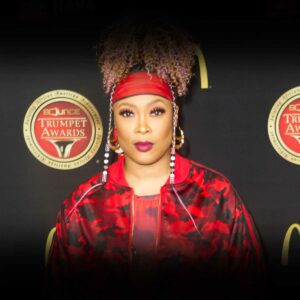 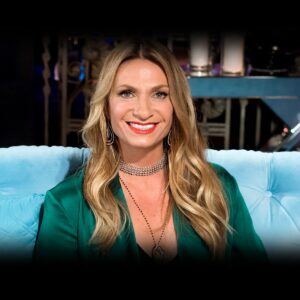