Maria-Cecilia Simone Kelly, known professionally as Rico Nasty, was born on May 7, 1997. Rico Nasty is an American rapper and singer who rose to prominence in 2018. Her hit singles, ‘Smack a Bitch’ and ‘Poppin,’ are responsible for her fame. Her spiky style and raspy delivery resonate well with many younger rap fans. Rico Nasty has said that female singers Joan Jett, Avril Lavigne, and Rihanna are her most significant influences in music. She is young, experimenting with many sounds, styles, and personas; these show her talent and depict her as a very promising musician. We’ll help you celebrate this talented entertainer right here.

Maria-Cecilia Simone Kelly, known professionally as Rico Nasty, is fast becoming a household name in rap music, and her unique rap style is becoming more popular. She has already won the hearts of millions and is poised to win more. Female rap is not as popular as male rap, but Rico Nasty has built a fine career for herself, and we may be witnessing the start of something great. Rico Nasty was born on May 7, 1997, in Largo, Washington D.C. Her zodiac sign is Taurus, and her ethnicity is part African-American and partly Puerto Rican.

Rico Nasty’s love for rap music began in high school when she listened to metal bands like Slipknot. When her parents divorced, it made her unsettled, and she became a troubled teenager. Rap was a way out of her emotional distress. She dropped her first mixtape, “Summer’s Eve,” at 17.

When Rico Nasty was 18, she fell pregnant and gave birth to her son Cameron. His arrival strengthened her resolve to utilize music to improve her life and pave the way for his future. After giving birth to Cameron, she dropped two singles in 2016, ‘iCarly,’ and the more successful ‘Hey Arnold.’ She also dropped two mixtapes, “The Rico Story” and “Sugar Trap,” the same year. By the end of 2016, her hard work had paid off, and she was getting noticed. In 2017, she teamed up with Lil Yachty to produce a song for the soundtrack of a “Fast and Furious” sequel, “The Fate of the Furious.”

She Releases a Song for a Movie

Rico Nasty teams up with Lil Yachty to release ‘Mamacita,’ a song for the "Fate of the Furious" soundtrack.

Why We Love Rico Nasty

What was thrown at Rico Nasty when she was on tour?

On a recent tour, Rico Nasty went into the crowd when someone tossed a bottle at her. The event took place at Playboi Carti’s recently launched King Vamp Tour.

Who is Rico Nasty dating?

Rico Nasty had an anime phase, and she enjoyed girly anime like “Fruits Basket” and “Chobits.” However, she says she’s not an anime fanatic. 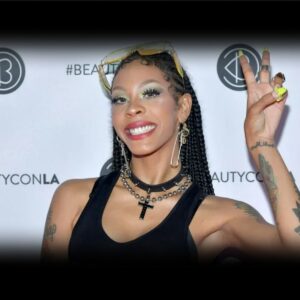 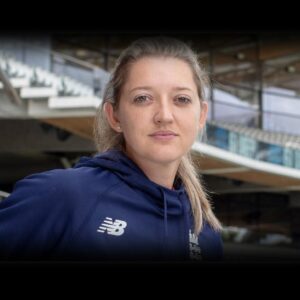