Bartolo Valastro Jr., professionally known as Buddy Valastro, was born on March 3, 1977. He owns Carlo’s Bakery, his family’s business, and has built a reputation for himself. The Italian-American chef, baker, and television personality is best known as the “Cake Boss” series’ reality star. Valastro is a highly prominent star who excels in all aspects of his life, including family, job, and friendships. Let’s celebrate his birthday together!

Bartolo Valastro Jr., professionally known as Buddy Valastro, was born in Hoboken, New Jersey, on March 3, 1977, where he lived and was brought up alongside his four sisters. His mother is a second-generation Italian-American, and his father was born in Lipari, Italy. At age 17, when his father died, Valastro took over the family’s bakery and made it into a successful world-class business.

Carlo’s Bakery, which was featured on the Learning Channel’s show “Cake Boss,” is owned and operated by him. Following the feature’s immediate success, Valastro opened 17 other bakeries in New Jersey, Philadelphia, Florida, Texas, Brazil, Connecticut, Las Vegas, and Minnesota. He appeared as a guest adviser on the “Food Network Challenge” in 2007. He has judged and hosted shows such as “Cake Boss” (2009-present), “Next Great Baker” (2010-2014), “Kitchen Boss” (2011-2012), “The Apprentice” (2015), and “Dancing With The Stars Brazil” (2017).

Valastro established The Lackawanna Factory in Jersey City to serve as the corporate headquarters for Carlo’s Bakery. It is also used as an additional workspace for wedding and specialty cakes. In June 2014, Valastro, an ardent businessman, launched Buddy V’s Events, a new catering, and event-organizing firm. He was a brand ambassador for Whole Earth Sweetener Co., where he assisted in the development of recipes for novel zero and lower-calorie sweeteners. He also collaborated with The Pound Bakery in 2018 to redesign and introduce a new range of pet treats inspired by classic Italian desserts. Valastro collaborated with many other companies to create a line of ready-made buttercream frosting, fondant, and Italian biscotti under the brand name Buddy Valastro Foods.

He is married to Lisa Valastro, and they have four children together — Sofia, Bartolo, Marco, and Carlo. Valastro is personally invested in politics and campaigned for Governor Chris Christie. In 2014, he moved from East Hanover Township, New Jersey, to Montville. He has shown off his love for writing by releasing his book, “Cake Boss: Stories and Recipes.”

He Takes Over Carlo's Bakery

When his father dies, Valastro rises to the occasion and becomes the head baker for the business.

He Becomes the Host of "Cake Boss"

Valastro becomes the Learning Channel's show host and awes the world with his beautiful cakes and artistry.

"The Hudson Reporter" names Valastro as one of Hudson County's 50 most influential people due to the popularity he brought to Hoboken.

Why We Love Buddy Valastro

Yes, Valastro is healing from a bowling accident, but he still bakes occasionally.

Who is Buddy Valastro's father?

His father was Bartolo Valastro Sr.

“Cake Boss” has moved from T.L.C. to the Discovery family and is still ongoing. 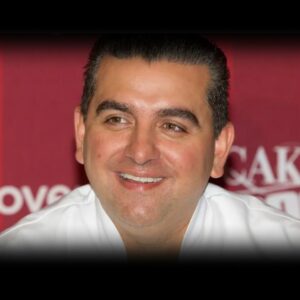 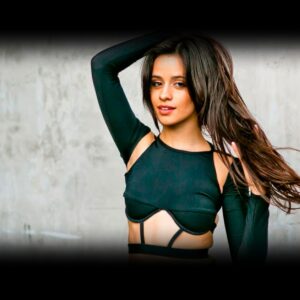