Alyson Stoner, born August 11, 1993, is an American actress, singer-songwriter, choreographer, voice actress, dancer, and model, who played the role of Max in “The Suite Life of Zack & Cody,” and currently voices Isabella Garcia-Shapiro and Jenny in “Phineas and Ferb.” She was Sally in “Mike’s Super Short Show,” and she was Ally Parker in an episode of “That’s So Raven.” She played Caitlyn Gellar in “Camp Rock” and its sequel. She also voiced one of the main characters in “Kingdom Hearts,” a video game series that is also owned by Square Enix and which features Disney characters. Stoner played Xion in “Kingdom Hearts 358/2 Days,” Kairi in “Kingdom Hearts Re: Chain of Memories” and “Kingdom Hearts 0.2 Birth by Sleep — A Fragmentary Passage” and later both characters in “Kingdom Hearts III.” In addition, she played Camille Gage in the 2006 Touchstone Pictures film, “Step Up” and its sequels “Step Up 3D” and “Step Up: All In.” Additionally, she voiced Lydia in “Milo Murphy’s Law,” along with Kris. We’ll help you celebrate her special day right here.

In 2002, Alyson Stoner became the co-host of the Disney Channel’s “Mike’s Super Short Show” along with Michael Alan Johnson, an infomercial segment regarding forthcoming Disney releases.

She starred in the 2003 comedy “Cheaper by the Dozen” and in 2005 “Cheaper by the Dozen 2,” playing the character Sarah. Stoner has also appeared in several T.V. shows aimed at the preteen market, including “The Suite Life of Zack & Cody,” “That’s So Raven,” and “Drake and Josh.” In 2005, Stoner recorded a cover version of the Jojo song ‘Baby It’s You.’ She was taking vocal lessons in order to focus on transitioning her style from kiddie pop to a richer tone and texture.

One of the Dozen

Alyson Stoner plays the character Sarah in "Cheaper by the Dozen."

Stoner wins a Young Artist Award for playing Sarah in "Cheaper by the Dozen."

She Stars in “Camp Rock”

Stoner plays Caitlyn Gellar in the teen smash hit "Camp Rock" alongside stars like Demi Lovato and the Jonas Brothers.

She Works as a Voice Actress

Stoner voices the characters Kairi and Xion from the "Kingdom Hearts" video game franchise, in addition to having voiced numerous characters previously in cartoons.

Why We Love Alyson Stoner

How old was Alyson Stoner in the Missy Elliot video?

She was about nine years old when she starred in the video.

What happened to Alyson Stoner as a child?

Stoner said that by the time she was 17, “the tentacles of the industry” had “suffocated and destroyed” her family. After becoming more than 20 pounds underweight, the actress, who has opened up before about her struggle with eating disorders, went against her team’s wishes and checked herself into rehab.

No, she is single. 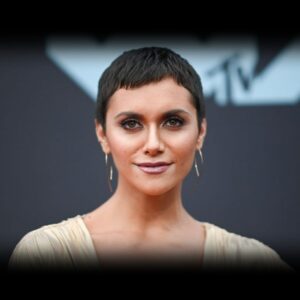