One pilot and his legendary flight can inspire millions, and that is exactly what Wrong Way Corrigan Day is celebrating on July 17 each year. This day marks the transatlantic flight of stunt pilot Douglas Corrigan, who flew his plane on an unauthorized flight from New York to Ireland. He famously claimed he went the wrong way, hence his nickname — ‘Wrong Way’ Corrigan.

Douglas Corrigan — real name Clyde Groce Corrigan — was born to a construction engineer and a teacher who divorced early on. The family settled in Los Angeles and Corrigan would later quit high school to work in construction.
His love affair with airplanes began early in the 20th century. In 1925, he saw people paying money to be taken on short sightseeing rides in a Curtiss JN-4 ‘Jenny’ biplane, in a field close to his home. Of course, the then-18-year-old had to go up too. He paid the $2.50 fee for his ride and spent 10 minutes up in the air. A week later, he was taking flying lessons, spending his other free time watching and learning from local aircraft mechanics. Within a short while, in 1926, he began making solo flights, too.

Corrigan hero-worshipped Charles Lindbergh, and took inspiration from his idol’s transatlantic flight, petitioning authorities for his very own transatlantic flight. He requested permission from the Bureau of Air Commerce to fly from New York to Ireland, but he was denied this. Corrigan was determined, however. A few years after his flight plan was denied, he flew non-stop from his home in Long Beach, California to Brooklyn, New York. Instead of going back to California, he wanted to duplicate Charles Lindbergh’s trip and fly to Ireland. The authorities were still not convinced, though, as they thought his plane — a 1929 Curtiss Robin aircraft that he rebuilt and modified — would not last the journey. He was denied permission for this trip once again. On July 17, 1938, Corrigan reportedly told officials he was heading back home to California. As he later said, the cloud cover prevented him from accurate navigation and, when it finally cleared, he found himself over water. He continued on his journey in the hopes of landing and, 28 hours later, reached Dublin, Ireland. He famously exclaimed, “Just got in from New York. Where am I?”

This story and the subsequent notoriety earned him the sobriquet, ‘Wrong Way’. Many consider his ‘navigational error’ as deliberate, as he was a skilled mechanic, and this flight was his dream. Nevertheless, he stuck to his story, and officials gave him a mild punishment — his pilot’s certificate was suspended for 14 days. His return to New York, via a ship, was marked by a huge celebration.

Corrigan wrote his own account of his flight — still sticking to his story — in an autobiography, only months after his flight. He went on to ink a movie deal and played himself in “The Flying Irishman” in 1939. He earned $75,000 for this movie, equivalent to 30 years’ income at his airfield jobs.

When World War II came around, he tested bombers and flew in the Ferry Command, a division of the Air Transport Command. He toured the country after the war ended with other war heroes in parades.
Corrigan went on to settle down to a quiet life with his wife and family, even retiring from aviation and buying an 18-acre (7.3 ha) orange grove in Santa Ana, California. While he admitted to knowing nothing about growing oranges, he said he learned by copying his neighbors. On the 49th anniversary of his flight, when Corrigan was 80 years old, he was honored with a parade in Long Island, and the celebration was given the name Wrong Way Corrigan Day. His hometown also began celebrating this day a few years later, until it became the nationwide celebration it is today.

Corrigan's 10-minute sightseeing ride at a Los Angeles airfield is the start of his love affair with aviation.

Corrigan makes a non-stop transatlantic flight from New York to Dublin, Ireland, landing his plane after 28 hours — he claims this was a 'navigational error'.

Corrigan's hometown of Galveston, Texas, proclaims July 17 as Wrong Way Corrigan Day — the holiday has been celebrated in the U.S. ever since.

Where Did Wrong Way Corrigan fly to?

Douglas “Wrong Way” Corrigan took off from an airfield in Brooklyn on July 17, 1938, with plans to land in California. Claiming he took a wrong turn, the Irish American pilot landed in Dublin, Ireland the next day instead.

Where is Douglas Corrigan's plane now?

Corrigan’s Curtiss Robin — the same one he used on his famous transatlantic flight — has been restored and housed at the Planes Of Fame Air Museum in Chino, California since 2019.

Why is Corrigan called ‘wrong way’?

Douglas Corrigan flew his plane the wrong way, going to Ireland instead of California. His flight made him internationally famous and earned him the nickname he would carry for the rest of his life ‘Wrong Way’ Corrigan. 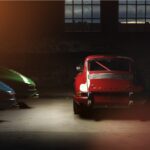 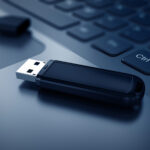