We celebrate the number 17 with Yellow Pig Day on July 17. Although this might sound like a pork-appreciation day, it’s actually a day to enjoy the wonders of mathematics, and particularly the special properties of the number 17. Whether you’re a math rookie or a world-leading professor, we have all the mind-boggling facts and history of Yellow Pig Day right here, along with some super-smart suggestions of how to make it a great day!

In the 1960s, students Michael Spivak and David Kelly were studying math at Princeton. Together, they spent a lot of time considering the qualities of the number 17 and became obsessed with its incredible combination of simplicity and complexity that was recurrent in the mathematics they were using and developing.

Their obsession grew into a desire to celebrate the number 17 with its own special day, and they created a mascot for their event in the form of a yellow pig. But they morphed their pig into a beast with 17 teeth, 17 toes — 17 everything! — to encapsulate their passion for the number 17.

From its small beginnings, Yellow Pig Day has become a huge hit in the academic calendar, with students and teachers alike coming together to celebrate this special number, as well as math in general. Classes sing yellow pig carols, share cake, and play games based around the number 17. Some people even create origami yellow pigs and yellow pig T-shirts to wear with pride.

Both of its founders still work in the field of mathematics. Kelly continues to be involved in the organization of the holiday each year, commemorating the day with food, songs, and a reunion. His obsession with the number 17 is still going strong, and he even gives a special lecture on the subject every summer. He founded the Hampshire College Summer Studies in Mathematics (HCSSiM), a six-week program for mathematically talented high school students, designed to inspire and encourage them in the general field of mathematics, though it also probably includes the number 17 somewhere!

Birth of the Founders

The carol ‘The March of the Yellow Pig’ is composed to commemorate the day and is still sung on college campuses in celebration.

Why is this such a popular day?

Despite its small origins, Yellow Pig Day gained a cult following amongst mathematicians and it’s become a fantastic moment to celebrate math.

When can I celebrate real pigs?

October 4 is when we celebrate World Animal Day, and is the ideal time to pay tribute to other kinds of pigs.

Why did they use a yellow pig?

It’s unclear why the founders chose a yellow pig as their mascot, but we’re glad they did as it makes Yellow Pig Day such a fun way to celebrate math!

5 Intriguing Facts About The Number 17

Why We Love Yellow Pig Day 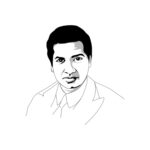