The Treaty of Guadalupe Hidalgo was the agreement signed on February 2, 1848, by the United States of America and Mexico. This surrendered the Mexican claim to Texas and they came to terms that their territory ended in the Rio Grande which would act as their border. The Mexican Government also stated in the agreement that they would let go of New Mexico for a sum of 15 million dollars. This decision had an impact on that country by reducing the total size of Mexico to almost half its initial size.

History of Treaty of Guadalupe Hidalgo

During the Mexican–American War, the United States and Mexico were at loggerheads over the land which Texas covers. This was after Mexico and the U.S. both wanted to annex the Texan state. In 1845, Mexico had claimed that Texas ended at the Nueces River, while the United States claimed the Rio Grande, which was the root of the dispute. Fighting continued for the next two years as General Taylor led his troops to Monterrey, and General Stephen Kearny and his men went to New Mexico, Chihuahua, and California. General Winfield Scott and his army delivered the decisive blow as they captured Mexico City in August 1847.

Mexican officials and Nicholas Trist, the U.S. representative, began discussions for a peace treaty in August 1847. On February 2, 1848, the Treaty was signed in Guadalupe Hidalgo, to which the Mexican leaders had fled ahead of the American troops.

With the treaty of Guadalupe Hidalgo, America emerged victorious, gaining 525,000 square miles of Mexican territory from the Rio Grande to the Pacific Ocean. The southern American boundaries: Arizona, Nevada, Colorado, New Mexico, California, Utah, and Wyoming are the present-day names of the land acquired as a result of the Treaty. With the land also came the Mexican people who lived there, who could choose to become American citizens within a year — of which 90% did.

The Declaration of War

The United States of America Congress votes to support President Polk's request for war against Mexico over the dispute of Texas.

The Fall of Mexico City

The United States of America army wins the war and the fall of Mexico City follows.

The End of the War

This day marks the official end to the war between these two countries.

The Aftermath of the War on Americans

Although President Polk wins the war, he loses the support of his people because of the two years of bloodshed.

The war reignites the debate about the slave trade and eventually leads to a civil war.

What is the full name of the Treaty of Hidalgo Guadalupe?

It is the Treaty of Peace, Friendship, Limits, and Settlement between the United States of America and the Mexican Republic of Hidalgo Guadalupe.

When did Texas become a part of Mexico?

Texas was originally settled by indigenous tribes. It was claimed by France for a short while during the 17th century and then by the Spanish. When Mexico fought and won its independence in 1821, the region of Texas became part of Mexico.

What treaty gave Texas its independence from Mexico?

In 1835, Texas battled and gained independence from Mexico; Texas was sovereign — the Lone Star Republic.

How to Observe Treaty of Guadalupe Hidalgo

Why We Love The Treaty of Guadalupe Hidalgo 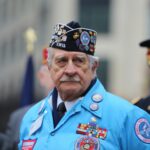 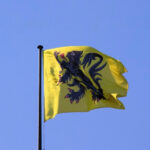