Reformation Day is memorialized on October 31 every year. Reformation Day started in the 15th century when a German monk, aggrieved by the activities of the Catholic Church, especially the sale of indulgences as penance, nailed his arguments, named “The 95 Theses” to the door of Wittenberg’s Castle Church.

While the rest of the world celebrates a spooky holiday, the vast majority of the Christian community celebrates Reformation Day. Martin Luther’s study of the scripture led him to a path he recognized as religious truth and salvation. He disagreed with the church’s teachings of the Bible, with the priests serving as intermediaries between the Bible and the laity. He also strongly disagreed with the sale of indulgences whose proceeds were used to rebuild the church.

Many opposed the movements of the church, but Martin Luther brought it to light and sought reformation within the church. His theses gave grounds for people to question the church; it was a time of large religious and social change. Luther preached reformation, but his thesis was warped for political, social, and economic reasons by various emerging leaders of the movement. This brought about a fractionalization in the Catholic Church and the emergence of the Protestant Reformation under the Protestant Church.

Reformation Day is recognized by a number of communities around the world, especially the Protestants. It is an official holiday in most German states and seeks to celebrate the significant religious reforms brought on by “The 95 Theses.” Reformation Day stands by truth and the Bible as the sole source of religious authority.

Going Around the World

Reformation Day becomes a German holiday and an international holiday celebrated all around the world.

The holiday is celebrated amid increasing Germanophobia brought on by the First World War.

To celebrate Reformation Day, Pope Francis conducts an ecumenical service to bring together Catholics and Protestants.

It becomes a public holiday in all of Germany as states that usually do not celebrate pass legislation for it to be celebrated annually on the same day.

The church used indulgences to reduce the punishment one had to go through for sins to encourage confessions. The Catholic Church issued them to grant the pardon of sins. The church previously sold them to worshippers, depending on their social class, and used the proceeds for charitable activities and renovation of church facilities.

With the Reformation, the church outlawed the sale of indulgences. But one can earn one with charitable contributions, other good acts, or simply going for a confession as penance.

“The 95 Theses” stand for the belief that true salvation is not by one’s deeds but through faith alone. It also sought change and unity within the church and rid it of corrupt practices and centralization of the Bible.

How To Observe Reformation Day

Why We Love Reformation Day 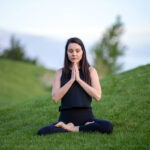 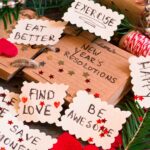