Girl Scout Founder’s Day takes place on October 31 every year. The holiday commemorates the heroics of Juliette Gordon Low, who founded the Girl Scouts. She was born on October 31, 1860, which is why this date was chosen for the holiday. Taking charge of 18 girls, she led them as a troop on outdoor and other educational activities. Girl Scout Founder’s Day goes on to celebrate the wonderful feat of bringing confidence to millions of girls in achieving their biggest dreams.

She gathered 18 girls in Savannah, Georgia, her hometown, and decided to impart the lessons to them that she had learned abroad. It involved several programs, such as outdoor activities, adventures, special projects, and youth education.

The movement was initially known as the Girl Guide before changing to the Girl Scout in 1915. Juliette Gordon Low started the movement to train girls to be confident in their pursuits in life. Some of the activities included drilling and camping, which were military. She also decided to teach the girls how to tie knots, read a map, cook, apply first aid, and take care of livestock.

She remained active in the movement until her death in 1927 at the age of 66. The Girl Scout Founder’s Day falls on her birthday. At the beginning of the movement, she faced stiff opposition from people who did not think girls should participate in such activities. Most notable was James E. West, the chief executive of the Boy Scouts of America, who claimed that the Girl Guides’ activities were inappropriate for them, being girls. But she persevered, gaining more insight from the Girl’s Guide in England.

The Girl Guides is founded in Great Britain in 1910 after requests from girls interested in the Boy Scout movement, established in 1908.

Early in the 21st century, there are more than 10 million Girl Scouts and Girl Guides worldwide.

The Girl Scouts of the U.S.A. celebrate 100 years since its founding.

G.I.R.L is an acronym used to describe Girl Scouts, and it stands for Go-getter, Innovator, Risk-taker, and Leader.

What is the slogan of the Girl Scout?

The slogan of the Girl Scouts is “Do a Good Turn Daily.”

What is the motto of the Girl Scout?

The motto of the Girl Scouts is “Be Prepared.” 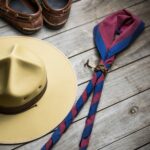 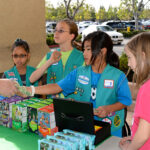