National Silly Earring Day is celebrated every year on April 13. It was founded in April 2021 by Olena Kagui. She sells thousands of earrings faithfully amassed on Oddity Cart. Earrings are the perfect accessory; they come in various styles and sizes. She had a perfect earring for every occasion. Silly earrings are a terrific way to express yourself while putting a smile on everyone’s face. Wear googly-eyed hot dogs, bright power tools, big disco balls, pizzas, whatever you want! Your imagination is the only limit.

Earrings are not only made using valuable metals and diamonds but also fabric, polymer clay, and resin. There are no documented or hypothetical accounts of the first earrings. We know that earrings and piercings are quite ancient practices, as in biblical times. Guys generally wore them. In the city of Persepolis, the capital of the Achaemenid Empire (550 B.C. — 330 B.C.), archeological evidence in the form of wall carvings suggests that Persian men wore earrings.

Earrings were in and out of style in Europe throughout the Middle Ages and Renaissance. Courtiers sometimes wore them as a sign of affluence. From the 17th through the 19th century, earring styles changed with women’s fashion. When Victorian morals governed England in the late 19th century, piercing was considered one of the most impolite practices.

Ear piercing was not popular in the U.S. until the 1950s. Though many deemed earrings vulgar in the first part of the twentieth century, the clip-on type was more acceptable. Ear piercing’s enormous appeal has created a large market for earrings, contributing to the comparative variety of design. In the 1970s, multiple piercings in one or both ears became popular in mainstream America. Initially, ladies would wear the second set of earrings in their earlobes, while men would double-pierce a single earlobe. In the 1980s, British men began to pierce both ears.

Persian men in the city of Persepolis, the capital of the Achaemenid Empire, wear earrings.

In the 17th century, earring styles change with women's fashions.

People pierce their ears at home as there was no commercial market for ear piercing yet.

Multiple piercings in one or both ears becomes popular in mainstream America.

What are the names of simple earrings?

What are dangling earrings?

Dangling earrings are those earrings that hang below the earlobe and swing from side to side and to and fro.

What are Huggie earrings? 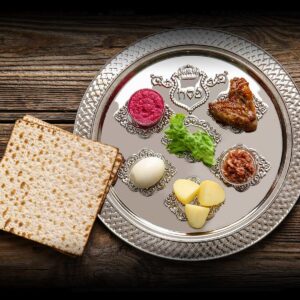