According to some culinary historians, our modern-day idea of cookies may have been a happy byproduct of cake-baking. The earliest modern cookies could have been dollops of cake batter used to test if the oven was hot enough. Technically, a cookie is any kind of hand-held sweet cake, crisp or soft, so this counts in our book!

We know very early cookies came out of Persia in the 7th century, as this was very near where sugar originated, and Persia was one of the earliest empires to get a hold of it. When Spain was invaded and after the Crusaders established the spice trade, sugar, and the delectable cookies that it produced began to spread throughout Europe. In the 14th century, sweet cookies could be purchased along the streets in Paris.

Cookie recipes started to appear in cookbooks in the 1500s and baking became a serious profession in the 17th and 18th centuries. Cookies became works of art and featured careful measurements of particularly-chosen ingredients. In the late 1600s, Dutch, English, and Scotch immigrants brought European cookies, like shortbreads and simple butter cookies, to America. Particularly in the South, these “tea cakes” took off and were the pride of the Southern housewife.

Cookies were uniquely influenced by American geography once they arrived in the country. Oranges from the West coast and coconuts from the South gradually became included in cookie recipes as railroads were laid to connect the nation. In the 1930s, iceboxes gave way to icebox cookies. The 1930s saw the accidental advent of the ever-famous chocolate chip cookies, when the Toll House Restaurant owner, Ruth Graves Wakefield, thought the chocolate chips would melt into the batter when baked.

Cookie exchanges are a centuries-old tradition dating back to medieval times. The classic idea is of a holiday party in which guests bring a selection of homemade cookies to trade with one another. While the festive holiday has sweet beginnings, the etiquette associated with them has become elaborate and strict. Guests are judged for the quantity and quality of their offering, and cookbooks like The Cookie Party Cookbook outline the acceptable and unacceptable practices.

Today, cookie exchange traditions live on in families and friendship groups. Though there is traditionally a strict etiquette that accompanies the party, you don’t have to adhere to it. The spirit of the day is the joy of cookies, so get together a group of friends and celebrate the treat on your own terms!

It is thought that the earliest form of cookies was born in 7th century Persia, one of the earliest companies to cultivate sugar.

This sweet cookie exchange tradition dates back to the Middle Ages when cookies often featured exotic spices and dried fruits.

The first mention of a cookie in America appears as they are served at a Dutch event in New York.

The first pre-made, refrigerated cookie dough hit stores in America, at a time when most people were still making the dough from scratch. 1937

Are there other cookie-related holidays?

Throughout the United States.

Take the What Kind Of Cookie Are You? Quiz 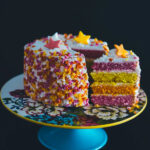 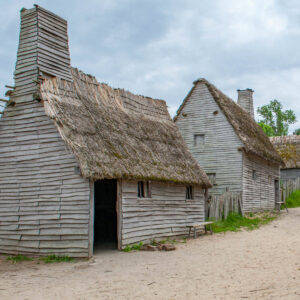