The story behind one of the darkest days in Bangladesh’s history begins soon after India’s Independence from Britain in 1947. The British left behind a broken nation, both literally and figuratively. It was a time of great sorrow as the subcontinent split into two nations: India and Pakistan. The reasons for the division were purely religious. All Muslim-majority regions became Pakistan.

As India started building the foundations for a secular republic, Pakistan faced an impossible dilemma. Over 1,000 miles across lay East Pakistan (present-day Bangladesh). Dominated by Bengalis, East Pakistan was culturally, socially, and linguistically distinct in every conceivable way. Being Muslim seemed their only common thread, albeit extremely thin.

Tensions rose between the two territories as West Pakistan sought absolute control. West Pakistan refused to accept “Bengali” as a state language. It was the beginning of sustained insults and slights towards Bengalis and their culture. The economic disparity between the two regions also became difficult to ignore.

Things came to a head in March 1971 during elections in East Pakistan. The Awami League Party based in East Pakistan won the elections. Yet, the Pakistan People’s Party (West Pakistan based) refused to hand over the reins. Violence ensued. The West Pakistan army went on the offensive. And thus, began the Bangladesh Liberation War, sparked by a rousing call for Bengali self-determination.

Sensing defeat, the West Pakistan forces dealt a final, crippling blow to East Pakistan. On December 14, 1971, the army abducted scores of East Pakistani intellectuals from their homes. They tortured and killed over 1000 people — namely, teachers, doctors, engineers, journalists, lawyers, and scientists. In a cruel twist, Pakistani forces surrendered just two days later, and an independent Bangladesh formed. Martyred Intellectuals Day honors the memory of these outstanding individuals who lost their lives for the idea of Bangladesh.

An Unsuspecting City Witnesses a Holocaust

The struggle for Bangladesh intensifies and a curfew is imposed in Dhaka.

Who are called Martyred Intellectuals?

How many intellectuals died in 1971?

Unofficial estimates record that at least 1,111 intellectuals lost their lives on 25 March and 14 December 1971. Most of the executions took place on these two days.

Where is the Martyred Intellectuals memorial?

Martyred Intellectuals Memorial lies in Dhaka’s Rayerbazar. The memorial stands at the site of the brick kilns where people discovered the bodies of the intellectuals.

How to Observe Martyred Intellectuals Day

5 Facts About Altaf Mahmud That Will Blow Your Mind

Why Martyred Intellectuals Day is important 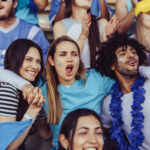 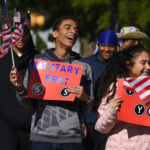