National Sovereignty Day is an Argentine holiday observed on every fourth Monday (or ideally, the closest one to November 20) in November — this year on November 28. Like other holidays celebrating battles, National Sovereignty Day in Argentina marks the anniversary of the Battle of Vuelta de Obligado — but there’s a twist to it. The Argentine army did not win the battle. Yet the day is nationally celebrated as a public holiday with citizens taking pride in their country’s historic defeat, which went on to become their triumph. They bask in the glory of the statement — “lose the battle but win the war.”

When is National Sovereignty Day Argentina 2022?

National Sovereignty Day is celebrated on the fourth Monday in November, this year on November 22.

The Battle of Vuelta de Obligado took place on November 20, 1845, when the Anglo-French navy invaded the Paraná River. As the Anglo-French navy went against the will of the Argentine Confederation, a small Argentine army decided to oppose it in a battle. Although the attacking forces emerged victorious on the battleground, the wounds of the fallen soldiers got the best of the enemy’s troops.

Britain and French armies suffered such heavy losses through the whole military campaign that they were forced to surrender on the bargaining table, requesting Juan Manuel de Rosas, the Governor of Buenos Aires, for a peace treaty — despite being victorious.
Consequently, a treaty was signed, marking the day as a historical win for the lost Argentine troops.

National Sovereignty Day is also remembered as a key event in Argentina’s historical calendar in which the country fought against the colonial powers and protected its regions from domination. Although November 20 was enacted as a national observance in 1974, the celebration of the fourth Monday only recently became a national holiday in 2010.

Driven by a commercial interest in Uruguay, the British and French use the Paraná River as their route for trading.

The country puts a navigational barrier on the Paraná River, leading to the onset of war on November 20.

In 1974, Argentina recognizes November 20 as a national observance to celebrate the lost war.

Every fourth Monday, the closest to November 20, is a national public holiday in Argentina and the day on which the annual inaugural celebration takes place.

What is National Sovereignty Day in Argentina?

It commemorates the day the Argentine army lost against the Anglo-French navy but still won the war since its opponents eventually had to surrender to a peace treaty.

What is the most popular holiday in Argentina?

What is national sovereignty?

The Free Dictionary by Farlex defines national sovereignty as: “The supreme, absolute, and uncontrollable power by which an independent state is governed and from which all specific political powers are derived; the intentional independence of a state, combined with the right and power of regulating its internal affairs without foreign interference.”

5 Facts About Argentina That Will Blow Your Mind 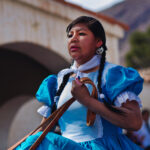