Maha Saptami is celebrated every year on the seventh day of the waxing moon called ‘Shukla Paksha’ in the Hindu calendar month of ‘Ashwin,’ which falls on October 21 this year. The Maha Puja (Great Ceremony) starts on Maha Saptami. There is a Durga Puja, a Hindu festival, that takes place with great fanfare and celebrates the 10-armed goddess and her victory over the evil buffalo demon ‘Mahishasura.’

India celebrates a 10-day-long Durga Puja festival with great enthusiasm and spirit. Maha Saptami is day seven of that festival, and Saptami means ‘seven’ in Sanskrit. The Maha Puja of the Durga Puja begins on the day of Maha Saptami. It is said that the battle between Goddess Durga and the demon king Mahishasura began on this day and ended on Vijaya Dashami day, the 10th and last day of the Durga Puja festival with the victory of the goddess over the demon.

There is another legend surrounding the celebration of this day. It is believed that Lord Rama prayed to Goddess Durga before his battle with the demon king Ravana, who abducted his wife Sita. This puja had to be done with 100 blue lotus flowers; however, Lord Rama could only find 99. To complete the puja, he plucked out his own blue eye and offered it to the goddess in place of the missing lotus. Goddess Durga was pleased with this devotion and showered him with her blessings, which helped him win against Ravana. This battle happened on day seven of the month of Ashwin.

Durga Puja has traditional rituals associated with it, such as the Navapatrika, where nine plants are bathed in the River Ganges before the sun rises. These nine plants are turmeric, bel, Ashoka, ‘jayanti,’ pomegranate, banana, paddy, colocasia, and arum. The second ritual is the Mahasnan, where a mirror is treated as the personification of the Goddess Durga and is given a ritual bath. The last ritual is the Prana Prathishta, where a pot filled with holy water and covered with a coconut surrounded by five mango leaves is placed in front of the idol of the goddess, followed by chanting divine hymns. In the end, the goddess is worshipped using 16 special items.

An 88-feet Durga Puja idol is made in Kolkata, West Bengal, and placed at their Deshapriya Park.

What is the meaning of Maha Saptami?

‘Maha’ means ‘Great’ and ‘Saptami’ means the ‘Seventh Day’. It is the seventh day of the waxing phase of the moon in the Ashwin month, during Durga Puja.

What do we do in Maha Saptami?

The traditions of Maha Saptami include a Maha pooja, which is done to worship Goddess Durga. This is also known as Durga Puja.

What happens on Saptami Durga Puja?

The Maha Saptami Durga Puja begins with a holy bath of nine plants that are bunched together. This is invoked as Goddess Durga in the river. This worship ritual is known as Nabapatrika. After this, she is respectfully placed on a pedestal that is embellished with ornaments and is graced with flowers, sandalwood paste, and incense sticks.

How to Observe Maha Saptami

Why Maha Saptami is Important 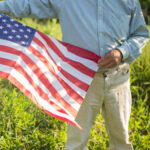