Established in 1998, International Stuttering Awareness Day brings attention to the millions of people around the world living with this specific communication disorder. Usually when people refer to stuttering, they imagine the repetition of a specific word; however stuttering comes in many other forms, including elongation of a vowel or syllable. This condition is also variable, meaning that the severity of the stutter is inconsistent. Some days a person might only stutter a few times while others the stutter may affect most of their interactions.
Stuttering has been around longer than people have been able to record their interactions involving the condition, but a lack of understanding for the disorder resulted in years of unfair treatment. Passages in the Bible are written to indicate that Moses spoke with a stammer. Claudius, who would later become a Roman emperor, was originally shunned and excluded from public office because people believed that stuttering was a sign of unintelligence.
In 19 century Europe, surgery was recommended for people impacted by the speech disorder. Surgeons would use scissors to remove a triangular wedge from the back of the tongue, as well as cutting nerves and muscles in the neck and lips. Other surgeons practiced shorting the uvula or removing the tonsils. These practices were later abandoned as patients were bleeding to death, and those who survived still had their stutter.
Though it is now understood that stuttering is a neurological disorder that can be developmental (obtained as a child) or acquired (developed as an adult due to trauma or drug abuse), there is still an air of stigma that follows those who live with it. This International Stuttering Awareness Day, take the time to learn about the 1% of humanity affected and what you can do to help others stay educated on the condition.

In her book, "I was Winston Churchill's Personal Secretary," Phyllis Moir mentioned that Churchill grew up with a stutter.

Malcom Fraser founded what is now known as the Stuttering Foundation of America.

King George VI took years of speech therapy from an Australian actor to overcome his stutter and gain confidence in public speaking.

The British government announced the Defence Stammering Network to su​pport troops with the neurological condition.

Is there a cure for stuttering?

There is no real cure for stuttering, but there are speech therapy classes for those looking for ways to manage the disorder. However, it is not 100% guaranteed that they will always work. Children will sometimes lose their stutter as they go through puberty or enter adulthood, while adults who have never stuttered through childhood may develop a stutter later in life.

Is stuttering a mental disorder?

Stuttering is a neurological speech disorder that can be obtained genetically or through trauma that affects the brain.

What is the difference between a stammer and a stutter?

Stammering and stuttering can be used interchangeably to describe the same disorder; however it is more common to use the word “stuttering” in the U.S., while “stammering” is more often used in Britain. 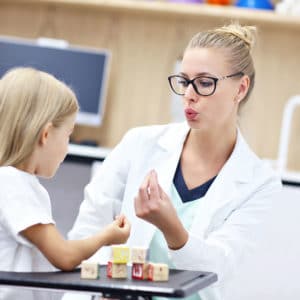