Holy Innocents Day, also known as the Feast of the Holy Innocents, is commemorated on December 28 every year. On this day, the Catholic Church honors the first martyrs. These were the children of Israel killed by King Herod in his quest to find baby Jesus. This day is also known as Childermas. According to the Bible, Herod was afraid of the prophesied King of Jews and was angry that he hadn’t heard from the Magi who had come to him initially seeking a newborn king. Furious that Jesus had escaped, Herod ordered the killing of all baby boys under the age of two in Bethlehem and the surrounding areas, hoping to kill Jesus.

The story behind Holy Innocents Day is part of the nativity narrative in the Gospel of Mathew in the Bible, which describes Herod’s violence. Furious that the prophesied King of Jews had escaped him, the angry King Herod orders the murder of all boys under the age of two in Bethlehem and the surrounding areas, where Jesus is supposed to be.
These children are the first Christian martyrs according to the Catholic Church. They have been referred to also as the patron saints for babies.

The Feast of the Holy Innocents or Childermas or Innocents Day was celebrated together with Epiphany. But by the 5th century, this had become a festival by itself. In Ancient Rome, it was a traditional day of fasting and mourning.

There have been many changes in the way Holy Innocents Day has been celebrated over the years. From mourning to being a part of the Feast of Fools, which was a day when children were encouraged to have fun and play pranks. In the Middle Ages, playing pranks was later condemned and changed around 1400 in some parts of Europe. Today kids are encouraged to play tricks in parts of Spain and South America, and the Philippines.

While churches may not use ‘Gloria’ or ‘Aleluia’ until the day of the feast, it is still a day to celebrate children and encourage them to be happy and play. In Trinidad and Tobago, children get to have their toys blessed during Mass on Feast Day.

The Murder is Mentioned in “Saturnalia”

Macrobius records the killing of babies by Herod.

The First Holy Innocents Feast is celebrated — it’s written in the “Leonine Sacramentary.”

The Festival is Recorded

The Bishop of Ruspe Records the Festival — back then, it was part of the Epiphany.

From Purple to Red

Vestments are the clothes worn by the clergy to honor the martyrs and their colors are changed from purple to red.

Who are the Holy Innocents?

The Holy Innocents refers to the babies of Bethlehem and the surrounding areas that King Herod ordered killed when he realized that Jesus had escaped.

When was the Massacre of the Innocents?

Around 7 B.C. though there are no definite dates.

How did Jesus escape the massacre?

According to the Bible, an angel appeared to Jesus’s father Joseph warning him to take his wife Mary and baby Jesus and run in a dream. The family escaped to Egypt.

How To Honor Holy Innocents Day?

Why We Honor Holy Innocents Day 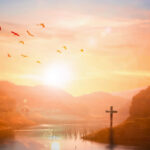 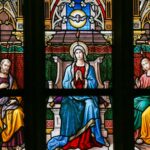