Shuffle your cards and cut the deck on Card Playing Day, December 28. It is the ideal activity to spend time with your family without having to chatter away or go on some big outing. The Christmas hustle and bustle is over, there is still time off from work, and the excitement from opening presents has diminished. There’s nothing like a slow-paced game of cards to relax while having fun!

Card Playing Day doesn’t exactly have a founder or origin, it is just a go-to activity that is quickly turning into a tradition after the busy holiday season. Family game night is already a thing, but elaborate board games can be too competitive and take longer to set up. It doesn’t take much to start playing a game of cards.

Playing cards have been around for a long time, but they didn’t start out as the 52-card deck we have today. It all began in 9th Century China when people from the Tang dynasty began developing games using paper and objects. These were nothing like the modern, sturdier cards, but they did spread from China to different parts of the world. In India, the card game Ganjifa played by The Great Mughals had 10 suits in a deck. Court artists would hand-paint detailed scenes onto each of the 120 cards. From Egyptian cards featuring geometric Mamluk designs to the arrival of playing cards in Europe during the Renaissance, the deck eventually evolved and was divided into four suits of swords, cups, sticks, and coins.

These four suits were further developed into the modern deck we all know today, featuring hearts, diamonds, clubs, and spades. There are different ideas on how this happened. One theory says that these symbols represent the aristocracy, clergy, peasantry, and military. Another suggests that the four suits represent the four seasons. As for why there are 52 cards in a deck, it is believed that this number represents the total weeks in a year.

Today, thousands of card games are enjoyed by people around the world. The most popular card games include Spades, Hearts, Solitaire, Gin Rummy, Black Jack, and, of course, Poker.

The first playing card decks are printed on paper.

The oldest deck of cards known in the world is from the 15th century and called the Flemish Hunting Deck.

Poker, as we know it today, begins to form in America as ‘poque’.

The biggest poker tournament at the World Series of Poker (WSOP) takes place.

Is playing cards good for the brain?

Research studies show that card games are great stimuli for the brain and promote mental well-being.

Which card suit is the highest in poker?

Spades are the highest.

Why is the king of hearts stabbing himself?

Artwork painted onto cards were extremely detailed in the past. Over time, these vivid drawings were copied by card manufacturers and certain character details were skipped. This is why the king of hearts appears to be stabbing himself in the head when he’s really not.

5 Facts About Playing Cards To Shuffle Through

Why We Love Card Playing Day 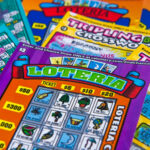