Bring Your Bible To School Day is on the first Thursday in October, onOctober 5 this year, and we are looking forward to celebrating our religious freedom as we treasure and read God’s Holy Word. The build-up to this day includes activities, games, acts of service, and personalized ways to get into the sacred texts and share what it means to you.

History of Bring Your Bible To School Day

Christian faith has been around for hundreds of years and in the United States, freedom of speech to express your religion has been one of the most important ideologies that have made America so diverse and successful. One holiday that aligns firmly with this ideology is Bring Your Bible to School Day, a day that encourages students to bring their bible to school in support and show of their faith.

The history of Bibles being removed from schools started in 1962 and 1963, when the U.S. Supreme Court declared Bible readings in public schools to be unconstitutional, and hence took Bibles out of schools. However, in 2014, Focus on the Family, an American Christian organization that helps consult families and offer resources for those of the Christian religion, founded this day to encourage students to bring their bibles to school as a right of their freedom of speech and religion.
This event has grown in popularity since its inception in 2014, which had 8,000 students participating and over 40,000 in recent years, with every state in the nation represented.

Bringing a Bible to school is protected under the First Amendment, and students can read it during their free time, such as during lunch, but not during a class or a time for official school activities. For the day, you can organize local participation using posters, T-shirts, and other promotional materials to create and spread awareness and invite your peers.

Jewish groups begin referring to the books of the Bible as “holy scriptures.”

More than 220 dead sea scrolls — the oldest existing copies of the books of the Hebrew Bible — are discovered in Qumran.

The Bible Museum on the Square in Collierville, Tennessee, is opened.

Is it legal to bring your Bible to school?

Yes, it is legal to do so. Bringing a book of your faith is covered by the law and allowed anywhere within the country. As a student in a public school, you have First Amendment rights to engage in voluntary, free speech conversations.

Do I need permission from school officials to hold this event?

No, you don’t need express official permission to simply hold conversations with your colleagues in school. However, it is a good idea to check school policies ahead of time. You can also notify school officials about your plans to participate and promote the day.

Can I talk about my religious beliefs?

Yes! Schools cannot censor students from engaging in voluntary free speech about their deeply held religious beliefs. As long as you don’t interrupt or cause substantial disruption to academic instruction.

How to Observe Bring Your Bible To School Day

5 Facts About The Bible That Will Amaze You

Why Bring Your Bible To School Day is Important 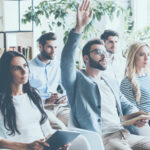