True Thompson was born on April 12, 2018. She is the daughter of one of the most famous women in the world of entertainment and social networks: Khloe Kardashian and the renowned N.B.A. basketball player, Tristan Thompson. Her zodiac sign is Aries and she is one of the most beloved daughters of the Kardashian clan.

True Thompson was born on April 12, 2018, in Ohio. She is the daughter of one of the most famous women in the world of entertainment and social networks: Khloe Kardashian. Her father is a sports star, the renowned basketball player Tristan Thompson. Born under the zodiac sign of Aries, she has Dutch, English, Irish, German, Scottish, Armenian and Jamaican ancestry.

Her birth was overshadowed by an infidelity scandal, as Tristan, her father, was caught having an affair with Jordyn Woods. Woods was Thompson’s aunt’s best friend — Kylie Jenner. However, despite being overshadowed by this controversy, she came to illuminate and brighten up the life of the Kardashian clan.

Thompson comes from one of the most talked about families of the decade. The Kardashian clan consists of her mother, Khloe, her aunts, Kourtney Kardashian, Kim Kardashian, Kendall Jenner, and Kylie Jenner, and her grandmother Kris Jenner — the woman who worked tirelessly to bring the Kardashians to fame.

Thompson is the first daughter of Khloe and the ninth granddaughter of the clan’s matriarch: Kris Jenner. From a young age, she is stepping hard into the world of modeling because through improvised photos posted on Khloe’s Instagram we can realize that she can imitate the model poses of her aunt Kendall Jenner.

Thompson is being introduced to the world of fashion judging by the outfits she wears in her mother’s posts. Thompson, the model, has Khloe’s followers praising her in various publications. The world of modeling is not only a great option to thrive, but it opens up business opportunities. In her brief lifetime, Thompson, at four, has an estimated wealth of 10 million from her celebrity status and family heritage.

Without a doubt, we still have a lot to do with this little star who may inherit the crown from her aunt’s modeling. True, together with Kris’ other grandchildren, will take the Kardashian name to the next level.

Khloe Kardashian shares the first photo of Thompson since her birth.

True Thompson appears in the reality show “Keeping Up With The Kardashians.”

The moment True Thompson meets her baby brother is captured on an episode of Hulu’s “The Kardashians.”

Why We Love True Thompson

Does Thompson have siblings?

She has two half-siblings, Theo and Prince Thompson, as well as a new baby brother.

Does she want to be a model?

Although she has an ease of modeling like her aunt, True Thompson is still too young to choose a career. 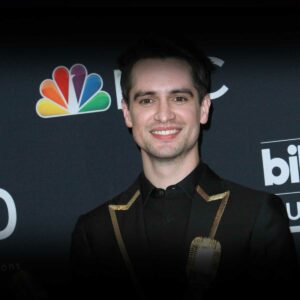 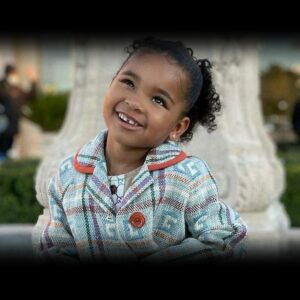