Katrina Stuart, born on September 20, 1999, is a well-known Canadian singer who creates and posts covers of songs by popular artists such as Beyoncé, Maroon 5, and Gwen Stefani on her YouTube channel. She is a model and actress who has appeared in short films, magazines, and TV commercials. She is a naturally charismatic performer, performing since the early age of four. Stuart has always wanted to be a professional entertainer. Now, she is where she has always wanted to be thanks to her passion, dedication, and hard work. We will assist you in celebrating her special day right here.

Katrina Stuart was born on September 20, 1999, in Toronto, Canada. Her parents are Darla and Doug Stuart, and she has a sister named Chantale and a brother named Taylor. Stuart is friends with D.J. and rapper Lela Brown and has even posted Instagram photos of the two of them together. In 2011, she began posting covers of songs by popular artists on her self-titled YouTube channel. She also creates original songs and music videos and posts them there.

Stuart started playing the piano at a very young age. At 10 years old, she learned to play the guitar. At this point, she began performing at various events and locations, including talent shows, schools, and her local church, gaining invaluable performance experience. She then moved to Los Angeles to try to become a professional singer. In 2011, she starred in the short film “Patch Town,” in which she played Bethany Frank. Stuart started a self-titled YouTube channel the same year, where she shared her covers and music videos. Her first cover was of Katy Perry’s smash hit ‘The One That Got Away.’ She also created covers for other popular artists such as Camilla Cabello, Lady Gaga, Ed Sheeran, and others.

Stuart rose to prominence, and her channel grew to a respectable number of subscribers after a series of videos were posted. She also joined Vine and Musical.ly, which is now TikTok, and began sharing her music content on these platforms. She began dating YouTuber Sam Golbach in 2015, with whom she frequently collaborates. She rose to moderate popularity within a few years. Many high-end brands and companies approached her, and she has appeared in several television commercials and magazine advertisements. Stuart, in addition to her covers, has released a few original songs, including ‘Not Gone’ and ‘Right Now.’ In 2017, she and her boyfriend Sam Golbach released a song entitled ‘All in.’

Stuart plays the role of Bethany Frank in the short film "Patch Town," which contrasts Soviet-era oppression folklore with the mindless, excessive consumerism of the 1980s.

Stuart posts her first video on her own YouTube channel, ‘The One That Got Away,’ which has since garnered over 98,000 views.

Stuart begins dating singer and YouTuber Sam Golbach, building up popularity as they collaborate on videos.

‘Look at my Boyfriend’

Stuart and her boyfriend Golbach release the parody song ‘Look at my Boyfriend’ on March 3, accumulating over 2.6 million views.

Stuart releases the pop ballad 'Easy' on March 4, receiving over 144,000 views and overwhelmingly positive feedback from her fans.

Why We Love Katrina Stuart

Stuart lives in Los Angeles, and there have been speculations that she lives with her boyfriend, but in a Q&A video, they stated that they will not live together until they marry.

What song did Katrina Stuart release about her boyfriend?

Stuart released many songs in which she opened up about her life; in fact, she made the song ‘Dinner’ about her boyfriend Sam Golbach in which she sings about her relationship with him. 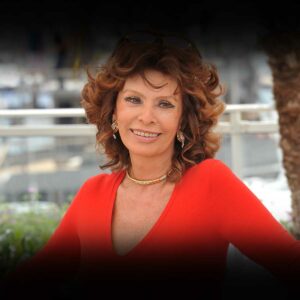 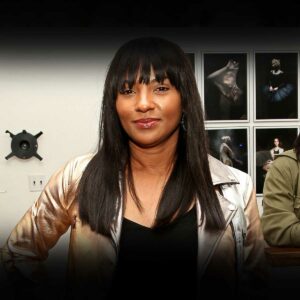