National Vision Board Day is celebrated annually on the second Saturday in January, on January 14 this year, to encourage us to set our goals visually. The day seeks to help us to reimagine and achieve goals in every area of life by effectively visualizing them to life. It is based on “seeing is believing” in the sense that if we can imagine — picture — something, we can move our lives towards that goal. The day was inspired by a group of friends who came together in 2010 to set goals and dream big life dreams in a fun and creative setting.

History of National Vision Board Day

National Vision Board Day was initiated by Kellan Lutz and Ryan Daly in June 2015 to inspire people to action by helping them visually lay down their goals. The day seeks to inspire people to live the life they’ve always dreamed of by making it come to life with the aid of a vision board. This is based on the “Law of Attraction” — the principle that what you focus on, is what is drawn into your life.

It works by narrowing down on one small goal after another, and it is used for goal setting as it concerns all areas of life including relationships, business, art, travel, and career. Vision boards are also called dream boards and are often made using different forms of stationary and media so that they are interesting and creative.  Magazine pictures and photographs help narrow down desires through the power of choice.

The holiday was made official in June 2015 after starting as a large goal-setting party with Kellan and Ryan and their friends and is celebrated annually on the second Saturday in January. In the origin story, the founders of the holiday noted that the day was initiated because they wanted to create a pictorial representation of the goals they wanted to achieve on a board and hang it on a wall.  They believe a daily reminder of what those goals are would ensure they stay on the right track of making decisions to make them a reality.

Octavia Butler details all her dreams in the form of a vision board and diaries.

Oprah claims that she envisions the election of Barack Obama on her vision board.

The documentary recommends the use of vision boards as a tool to achieve your dreams.

National Vision Board Day is initiated in 2010 as a way for people to dream out loud in a tangible way.

What should your vision board include?

A vision board can include anything that will inspire you. Anything from pictures, favorite quotes, memories/memorabilia, postcards, or cards that will make you want to achieve your goals, is acceptable.

What are the benefits of a vision board?

Vision boards help you visualize your goal with all the available senses. Our mind remembers better and grows an even stronger desire for our goals when those goals are put on a vision board. It also provides focus and boosts our chances of success.

What are NYE vision board parties?

NYE vision board parties are a new trend where friends and families come together for New Year’s Eve and include creating vision boards together in the traditional party.

5 Things You Should Know About Visualization

Why We Love National Vision Board Day 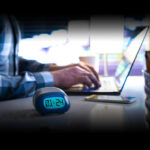 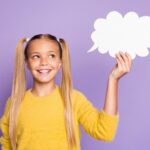