National Tempura Day is celebrated annually on January 7. It is always a yummy time to celebrate tempura, a fantastic Japanese dish made from deep-frying vegetables, seafood, or other foods dipped in a light batter of flour, eggs, and water. Tempura has been with us for about three centuries. Although the Portuguese living in Nagasaki in the 16th century introduced it, tempura has become entrenched in Japanese culture, and you can find tempura everywhere in Japan today. On this day, you can enjoy tempura in different ways, including with a dipping sauce or something more experimental like tempura ice cream.

You may be quite familiar with some Japanese dishes like ramen, sushi, sashimi, and a host of others, but what about the delectable tempura? You definitely want to know more about this delicacy! Interestingly, tempura is one of the most commonly served Japanese dishes inside and outside the shores of Japan. When Japanese foods are mentioned, the thought of either tempura or sushi comes to mind.

However, how did tempura become so popular and special to be celebrated? Portuguese missionaries originally introduced the deep-fried food method of cooking now associated with tempura in the Japanese city, Nagasaki, in the 1600s. The original tempura dish was served during Lent, an annual Christian event where many Christian denominations are forbidden to eat meat. Remarkably, the name ‘tempura’ stems from the Latin word ‘ad tempora cuaresme,’ meaning “in the time of Lent.” The event was mistaken for the dish’s name, and tempura came to stay.

When it was introduced, this method of deep-frying food was not common and relatively new to Japan. The Japanese caught on to the new technique and skillfully made art out of it. Tempura today has become a sought-after snack that accompanies meals in households and public places. From inception, tempura was made up of minced meat in a ball shape, fish, and vegetables, but in the 1800s, Japanese chefs tried frying fish and vegetables together. As a result, the Japanese culinary style became fully immersed in tempura and became uniquely Japanese. Today, the preparation and sales of tempura have become an important part of Japanese cuisine. Through the transformation of tempura, the Japanese have shown their brilliance in consolidating foreign foods into unique Japanese foods.

The Portuguese missionaries introduce the first kind of tempura to Japan while they observe Lent.

The first publication of the modern tempura recipe in a book titled “Cook Menu.”

The style of frying introduced by the Portuguese evolves to fit the Japanese cuisine.

Modern chefs have unique ideas on tempura, and they don’t only use fish or vegetables. Almost anything goes into tempura these days.

Tempura is one of the best dishes. It has a truly soothing, sweet, and addictive taste that gets you asking for more.

What is special about tempura?

Its distinctive batter, as no bread crumbs are used.

Is tempura and Panko the same?

No, Panko uses special Japanese breadcrumbs in the coating.

Why We Love National Tempura Day 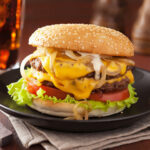 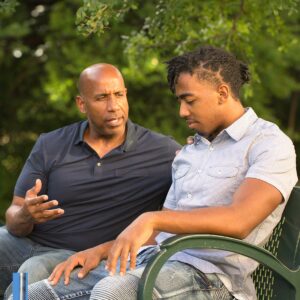