National Carolina Day is celebrated every year on January 17 to commemorate the name Carolina and every person who was ever named Carolina! It is primarily a feminine name and has origins in the Spanish, English, Italian, Portuguese, Catalan, Swedish, and German languages. In German, the name Carolina means a free or beautiful woman. Meanwhile, in Latin, Carolus (Charles) was the name Carolina is derived from, which generally means “free man” or ‘freeholder’. Carolina can also mean “song of happiness or joy” in French or the “prettiest woman of the town” in Spanish.

There are many people with historical significance with the name Carolina, and one of these is Caroline of Brunswick-Wolfenbuttel. She was born in 1768 and was the daughter of Charles William Ferdinand, Duke of Brunswick, and Princess Augusta of Great Britain. She was engaged to her cousin George in 1794, who was already illegally married to Maria Fitzherbert. She married George but separated shortly after the birth of Princess Charlotte of Wales in 1796. Her private life was investigated after rumors about her lover and illegitimate child. However, the investigators still found no foundation for the rumors and restricted Caroline’s access to her daughter.

In 1814, Caroline moved to Italy and employed Bartolomeo Pergami as a servant, and they soon became close companions. She heard about her daughter’s death in childbirth from a passing courier in 1817. After George became King of the United Kingdom and Hanover in 1820, he insisted on divorce from Caroline, which she refused. Caroline was popular among British people who sympathized with her and despised George. George decided to divorce her by collecting loose evidence and introducing the Pains and Penalties Bill in 1820 to Parliament.
But as he was unpopular and the masses celebrated Caroline, the bill was withdrawn by the Liverpool ministry. Caroline was barred from George’s coronation in 1821. She fell ill in London in 1821 and died three weeks later, and her funeral procession passed through London to her Braunschweig, where she was buried.

Charles William Ferdinand, Duke of Brunswick, and Princess Augusta of Great Britain give birth to Caroline of Brunswick-Wolfenbuttel.

She marries her cousin George but they separate shortly after Princess Charlotte of Wales’ birth.

The King of the United Kingdom and Hanover

George tries to divorce Caroline but she refuses, so she is barred from his coronation.

The Death of Caroline

Caroline falls ill in London and dies on August 7.

What is Carolina known for?

Carolina is known for the Wright Brothers National Memorial.

Where did Carolina's name come from?

Carolina is considered the feminine version of the name Charles.

What does Carolina mean in Hebrew?

Carolina is considered determined in Hebrew.

Why We Love National Carolina Day 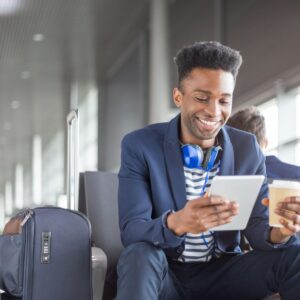