International Credit Union Day is observed on the third Thursday of October every year, falling on October 21 this year. Credit unions work towards allowing members to get more engaged and provide financial services. This day is celebrated through fundraising, contests, picnics, volunteering, and parades.

The idea of credit unions evolved from the cooperative activities that took place in the 19th century in Europe. Hermann Schulze-Delitzsch and Friedrich Wilhelm Raiffeisen pioneered the first true credit unions between 1846 and 1847 in Germany. And Raiffeisen, in 1849, started a credit society in Flammersfeld, Germany, that relied on the charity of wealthy men for support. In 1864, he organized a new credit union for farmers, on the principles of cooperative interdependence, a community-first approach, and a volunteer management framework that still holds value today. Meanwhile, in 1852, Schulze-Delitzsch founded the first ‘people’s bank’ to provide credit to entrepreneurs in the city.

The credit union movement spread across the globe, with Alphonse and Dorimene Desjardins starting a credit union in Lévis, Quebec, in the early 1900s. Alphonse, Roy F. Bergengren, and Edward A. Filene later helped to create credit unions in the United States.

In 1948, the U.S. Credit Union National Association (CUNA) started a new National Credit Union Day celebration. The World Council of Credit Unions was created in 1971 to help others in establishing and maintaining viable credit union movements in countries across the globe. The World Council, responsible for creating the first International Credit Union Day (ICU) materials some three decades ago, continues to provide resources to credit unions and associations throughout the world today. And ICU Day has been observed on the third Thursday of October since 1948.

The movement spreads to Baroda in British India, with the formation of the Anyonya Co-operative Bank Limited.

How many countries celebrate ICU Day?

With each passing year, the number of countries celebrating this day grows. As of now, there are close to 274 million members across 118 countries who recognize and celebrate the credit union.

In which country are credit unions most popular?

Some of the countries with the most credit unions are the United States of America, India, Canada, Brazil, South Korea.

How do credit unions make money?

Credit unions make money through the profits earned from educational programs, low fees, better loan rates, etc. A member of the union can use another member’s money for a loan. 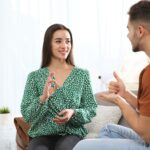 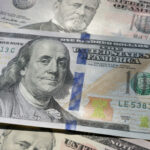