International Be Kind to Lawyers Day, falling on April 11 this year, is all about showing the lawyers in our lives the love and respect they deserve. A 2018 poll by Gallup found that lawyers received pretty average ratings for their honesty and ethical standards (51%). Yes, lawyers find themselves in the middle of many sticky situations but that’s part of their job! Let’s take a moment today to recognize the great work they do to help us out of the messes we get ourselves into.

History of International Be Kind to Lawyers Day

Steve Hughes, a public speaking coach, created International Be Kind to Lawyers Day in 2008. Hughes worked with many lawyers to enhance their presentation and public-speaking skills and found that the general public often had negative thoughts about this profession whenever he explained he worked with so many.

Hughes believed lawyers deserve our love, admiration, and respect at least one day out of 365. He chose the second Tuesday in April because it fell nicely between two other holidays that have somewhat negative connotations — April Fool’s Day (April 1) and U.S. Tax Day (April 15). Maybe he was attempting to make lawyers look good comparatively!

Since this is an international holiday, the world has joined in on the commitment to setting aside one day per year where we refrain from lawyer jokes and attempt a range of niceties. In all seriousness, most of us have friends or family members who are lawyers. If you don’t, you may be in the group who has been represented by a lawyer. And we’re sure they have represented you well. Lawyers have always had our backs and done what they can to get us out of hot water. So it’s not all that difficult to join in on the idea that they should be celebrated today.

The first references to law can be traced to ancient Egypt’s concepts of Maat, which included ideals of truth, balance, order, law, and justice.

At a time when only white men over the age of 21 could be lawyers, Arabella Mansfield is admitted to the Iowa bar.

The American Bar Association is established to support and advocate for the legal profession through the accreditation of law schools, defining ethical standards for lawyers, and advancing the rule of law.

Trial of the Century

It is during the double murder trial of former NFL star O.J. Simpson where famous lawyer Johnnie Cochran explains, “If it doesn’t fit, you must acquit.”

What does it take to become a lawyer?

The common requirements to become a lawyer are to earn a juris doctor degree, pass a bar exam within the jurisdiction where the law will be practiced, and successfully complete an ethics- and character assessment.

How many presidents were previously lawyers?

Out of the 45 American Presidents, 26 were lawyers before holding our nation’s highest office.

Where are most of the US lawyers?

Ways to Celebrate International Be Kind to Lawyers Day

WHY WE LOVE BE KIND TO LAWYERS DAY 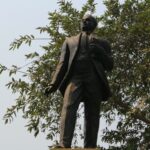