Grammy Awards Day is celebrated every year, albeit on a different date. On this day, the Recording Academy shows appreciation for the artistic eminence across genres such as hip hop, pop, classical, and more, in the musical field. It is a perfect day to celebrate mankind’s universal language.

The origin of the Grammys dates back to the 1950s when the Hollywood Walk of Fame began. This public monument, which honors the achievements in the entertainment industry, renewed interest to honor the talents of music professionals.

The decision to name the award ‘Grammy’ was based on a mail-in contest where approximately 300 participants suggested the name. The winner of the contest, Jay Danna from New Orleans, Louisiana submitted the name as an abbreviated reference to the gramophone.

The first ceremony was organized at the Beverly Hilton Hotel in Beverly Hills, California, and the Park Sheraton Hotel in New York City, New York, on May 4, 1959. They presented 28 awards across different categories. Over the years, the number of accolades and categories fluctuated and during one year, the awards distributed reached over 100. The second ceremony was also organized in 1959 and was the first ceremony to be televised.

Before Staples Center in Los Angeles became the fixed location for the award ceremonies in 2000, the ceremony moved from Madison Square Garden’s Felt Forum, to Tennessee Theatre, to Radio City Music Hall, to Shrine Auditorium, and to Hollywood Palladium.

The Ceremony Takes Place in One Location

The first ceremony to take place in one location happens at the Hollywood Palladium in Los Angeles.

Christopher Cross becomes the first artist to win all four awards in the same year.

The Grammy trophy design is restyled to look bigger and grander and embellished with strong alloy.

The Recording Academy revamps the Grammy Award categories for 2012, cutting it down to 78.

Who won the most Grammys?

Sir Georg Solti, who was an orchestral and operatic conductor, has won the maximum Grammy Awards with a total of 31 Grammy Awards for his diverse work.

Who is the youngest Grammy winner?

Leah Peasall was eight years old when she won Album of Year at the Grammys for the “O Brother, Where Art Thou?” soundtrack.

Who won the most Grammys in one night?

The iconic Michael Jackson has won the most number of Grammys Awards in one night, winning eight.

5 Interesting Facts About The Grammys

Why We Love Grammy Awards Day 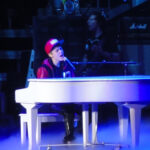 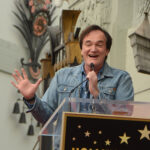 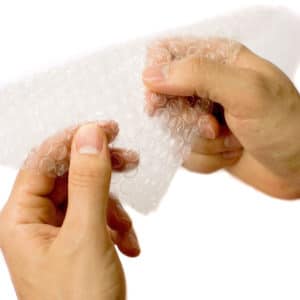