Whip out your TI-87 calculator this e-Day, February 7, and spot the little button that bolsters logarithmic and exponential functions on the daily. While you may not be too familiar with e, you’re surely acquainted with its more famous cousin, pi. Just like pi, e is an inexplicably recurring number in the world of mathematics. It has a never-ending chain of decimal points, the beginning of which is 2.718281828, and on and on it goes. This holiday is celebrated on 2/7 for the obvious reason that the date holds the same digits as e rounded to the nearest tenth.

This complex algebraic riddle has been toyed with for over 400 years but has only fully been understood and defined for about 300. It first appeared in 1618 as a vague reference in the papers of Scottish mathematician John Napier. In a roundabout way, Napier hinted at the potential for a recurring constant by sharing a number of logarithms that he had solved using the number yet, infuriating many of his readers, he did not share the number itself.

Later, in 1683, Jacob Bernoulli was officially credited for unveiling the analytical gem when he attempted to find the answer to a generic logarithmic expression, the answer to which was — you guessed it — e. For a brief time, followers of Bernoulli obscurely named the number b in their frequent correspondence. That was until Leonhard Euler ascribed the first letter of his surname to the constant and definitively named it the base of all logarithmic expressions in 1731. To this day, the constant is called e in remembrance of Euler.

While e-Day cannot be traced back to any particular calculus enthusiast and we aren’t quite sure how long it’s been celebrated, we can understand the logic behind assigning this weight-bearing numeral to its digit twin. In 2018, a University of Portland student realized that the numeric date was 2/7/18, which also happens to be the first four digits of the beloved constant. Analytical minds all over the world were smugly pleased by this observation and constant e was perhaps more celebrated than ever before as many math-inclined minds discussed the coincidental alignment of such a calendar match-up.

Beating Around the Bush

While working with logarithms and exponents at the height of his career, John Napier unwittingly uses constant e to solve a series of equations.

While calculating a problem about continuous interest, Jacob Bernoulli discovers the recurring numerical constant 2.7182818, or e.

Line in the Sand

After much back and forth for over a century, Leonhard Euler names e the basis for all logarithmic functions.

Sending many math majors into a tizzy, Aziz Inan of the University of Portland recognizes a ‘double consecutive e-day’ on 2/7/18.

How many digits are in e?

Both Euler and lesser-known mathematician Fourier have proven that e is an irrational number, which means it has infinite digits.

Why is e special?

The number e is a famous irrational number and is one of the most important numbers in mathematics. e is the base of the Natural Logarithms.

Why is pi more popular than e?

We suspect that pi gets more screen time because it is primarily used in trigonometry, which is a much more accessible idea to the general public than exponential growth.

How to Celebrate e-Day

5 Facts About STEM Field Workers That Will Puzzle The Mind

Why we Love e-Day 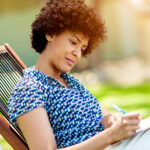 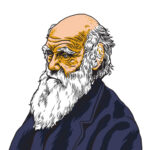 Rose Day
Wave All Your Fingers at Your Neighbor Day