In 2019, Governor Chris Sununu declared it Christa McAuliffe Day on January 28 in New Hampshire. A former Concord teacher, she was chosen to go into space alongside NASA scientists and tragically perished just a few seconds after take-off. This event marked the 33rd anniversary of this disaster. According to the official proclamation, Christa McAuliffe’s memory lives on through this day, and the people of New Hampshire are proud to recognize her important work and legacy.

In 1984, President Ronald Reagan announced a special NASA project — the Teacher in Space Project (TISP). It was designed for teachers to serve as payload specialists — these were people with skills different from astronauts, specially trained for a single mission, and who would perform experiments in space. The hope was that the selected teachers would pass on their knowledge and experience to students, further engaging the next generation in space exploration.

Christa McAuliffe, a social studies teacher from Concord, felt she had to apply. Her application stated that she’d seen the space program and wanted to participate. She’d always been fascinated by space, and she believed history greatly depended on regular men and women. This was perhaps why McAuliffe was picked from a pool of around 10,000 teachers, undergoing rigorous training to prepare for her space journey.

On January 28, 1986, at 11:38 a.m., the NASA shuttle took off, only to explode 73 seconds later. Investigations later revealed this occurred due to mechanical failure. McAuliffe, along with her fellow passengers, perished, but their dream lived on. Due to this, the TISP was later replaced with the Educator Astronaut Project. It required its civilian participants to become Astronaut Mission Specialists, experts selected as astronauts first and then assigned to a special mission.

Her journey and passion for teaching inspired the country and the world. Schools and educational institutions globally have been named after her, education awards and scholarships are given in her name, and science centers bear her stamp. Her legacy has reached space too — there’s an asteroid called 3352 McAuliffe, and two craters named McAuliffe, one on the moon, the other on Venus.

Vice President George H.W. Bush announces that a selection has been made for the first teacher (and civilian) to go into space — Christa McAuliffe.

A year after the NASA Space Shuttle Challenger explodes, killing all its crew members, including McAuliffe, the crew's family members found the Challenger Center.

Everyone on the Challenger is posthumously awarded the highest honor an astronaut can receive — the Congressional Space Medal of Honor.

On October 9, President Donald Trump signs a law that allows the Treasury Department to issue silver $1 coins in commemoration of McAuliffe.

On January 28, the Johnson Space Center in Houston and Arlington National Cemetery in Virginia hold small ceremonies and flags fly at half-mast at NASA centers all over the U.S.

What was significant about Christa McAuliffe?

McAuliffe, a high school social studies teacher, made history by becoming the first American civilian selected to go into space. While the mission was not a success, her legacy inspired the nation.

How old was Christa McAuliffe when she died?

How long did Christa McAuliffe train?

McAuliffe was given 120 days of training to cope with varied disasters that could befall her and the crew members.

How to Observe Christa McAuliffe Day

5 Facts About The Teacher In Space Project (TISP)

Why Christa McAuliffe Day is Important 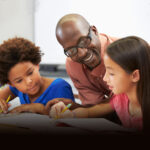 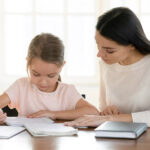