Brew a Potion Day is celebrated on January 19 every year. It’s a fun day to put on your witchiest best and get to brewing. Potions have become a part of popular culture through games like “Minecraft” and fantasy series like “Harry Potter;” with a full inventory of potions and witches and wizards brewing them. Potions are liquid concoctions popularly expected to be magical in some way. For the most part, they were and are still brewed to cure different diseases, but some make people immortal or fall in love!

History of Brew a Potion Day

Potions, taken from the Latin ‘potare,’ meaning ‘to drink,’ have long been associated with women. In the 1100s to 1400s Europe, women were the most respected source of medication for all the illnesses people experienced. Women would brew potions made primarily of herbs, oils, and other natural ingredients with specific healing properties. These homemade potions would be accompanied by soup or restorative teas and were an important part of early medicine on the continent. Apothecaries were the early pharmacies, and just about anyone could set one up. Owners of the apothecaries would make potions from scratch that they would sell as medicine, and female-owned apothecaries were highly respected – a lot of the famous ‘potioneers’ in the world were women. These potions were for humans and animals.

Of course, there would always be people selling concoctions for money without really thinking about what went into it. Love potions were very popular, as were potions for luck, general good health, and immortality. People would get duped into buying these potions that made false promises and sometimes had dangerous ingredients. There wasn’t a lot of information about the properties of some plants and herbs at the time so it was very common for poisonous ingredients to be used in potions, causing harm to those who drank them.

The different types of potions include restorative potions to cure sicknesses, immortality potions for people who wanted to live forever, and hallucinogenic potions for spiritual practices. Brew a Potion Day encourages making potions to support health and well-being so choose your ingredients wisely!

Potions Become Popular The word 'potion' is first used in French to mean 'draught' or medicine that can be drunk.

The word 'potion' is first used in French to mean 'draught' or medicine that can be drunk.

The Pharmacy Act is Enacted

This U.K. Parliamentary Act brings an end to unregulated apothecaries and the potions sold in them.

What is an example of a potion?

Where can I buy potions?

In the Middle Ages, apothecaries were the places to purchase potions. These days, you’ll have to find the local witch in your community.

What is the difference between potions and alchemy?

Potion-making involves putting ingredients together to make something new. Alchemy is breaking things apart to study first before creating something new.

5 Facts About Potions That You Probably Didn’t Know

Why We Love Brew a Potion Day 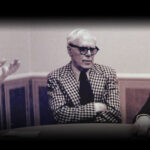 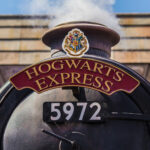 Get to Know Your Customers Day