Tupac “2Pac” Shakur, who played a key role in the development of hip hop music, sold 75 million records, acted in several movies, and positioned himself as a voice of social and racial justice. He died in a Las Vegas drive-by shooting at age 25. On his June 16 birthday, we remember what this iconic artist meant, and still means, to his millions of fans worldwide.

Tupac Shakur, known by his stage names 2Pac, Pac, and Makaveli, is a widely respected rap icon, not just in the music industry but also outside it for his poetic deliverance of words, character, and outlook on life. The rawness of his lyrics and the way he rapped resonated with an entire generation and, to this day, his music deeply touches and speaks to people around the world.

Tupac became a victim of the world of gangster rap and a tragic symbol, as he was assassinated when he had so much more to share with the world, just like so many others who left us too soon. Tupac had established himself as one of the definitive rappers of the ’90s era. He started off as a second-string rapper and dancer for Digital Underground and went on to produce and release his debut album “2Pacalypse Now” in 1991. He quickly became the buzz around town, and soon entered Hollywood with his acclaimed performance in the movie “Juice,” directed by Ernest Dickerson in 1992. Tupac rose to stardom within a year but, unfortunately, also started having run-ins with the law. Still, his music career progressed, rivaling Snoop Dogg in 1994 as the most controversial figure in the rap industry due to his serving jail time.

His outlaw antics paved the way for his album “Me Against the World” in 1995. It topped the charts at number one but this also opened him up to charges of exploitation. Tupac had a sensitive side, however, and this is apparent in his lyrics and singles like ‘Dear Mama.’ Following a prison sentence, Suge Knight, CEO of Death Row Records, bailed Tupac out after nine months in exchange for a three-record deal with him. Tupac released the double-album “All Eyez on Me” in early 1996 and the record, as well as its hit single ‘California Love,’ confirmed his unparalleled superstar status.

Unfortunately, the gangster-rapper lifestyle portrayed in his music soon consumed Tupac and endangered his own life. At the peak of his career, he fought fellow rapper Notorious B.I.G, and tensions were brewing between him and Death Row Records as well. The rivalry between East Coast and West Coast hip-hop intensified, and on September 7, 1996, after attending a boxing match at the MGM Grand in Las Vegas, Tupac was shot multiple times in a drive-by shooting. He died in hospital a few days later on September 13.

Leaving behind an unmatched legacy, Tupac’s death shocked the world, with hundreds of mourners showing up outside the hospital where he passed away. The entire entertainment industry was shaken, especially since there were no leads in the case. Still, it was believed that Tupac’s death would end the East Coast/West Coast rivalry but, six months after his death, rapper Notorious B.I.G was also murdered in similar circumstances. A number of posthumous releases followed Tupac’s death, the biggest of them being “Don Killuminati” and “R U Still Down?” in 1996 and 1997, “Still I Rise” in 1999, “Until the End of Time” in 2001, and “Better Dayz” in 2002.

Tupac makes his Hollywood acting debut in the movie “Juice.”

Tupac is robbed and shot multiple times in the lobby of Quad Recording Studios on 7th Avenue in Manhattan.

Tupac releases his fourth and biggest-selling record, "All Eyez On Me," which reaches quintuple-platinum status within two months and features Billboard Hot 100 #1 singles ‘How Do U Want It’ and ‘California Love.’

Tupac is shot multiple times in a drive-by shooting in Las Vegas.
and he dies six days later.

Tupac Enters the Rock and Roll Hall of Fame

Tupac receives a nomination in his first year of eligibility — his friend Snoop Dogg represents him at the induction ceremony.

5 Of Tupac Shakur's Most Surprising Friends

How old will Tupac be this year?

Who is Tupac's daughter?

Jaycee Shakur is Tupac’s one and only daughter.

What is Tupac's real name?

Hashtags for the day 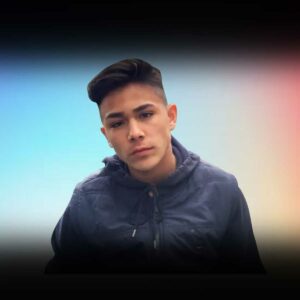