Neil Armstrong was born on August 5, 1930. He joined the group that would later become NASA after participating in the Korean War and finishing college. Armstrong joined NASA in 1962 and was the command pilot for his first mission, Gemini VIII, in 1966. He was the commander of Apollo 11, the first manned lunar mission, and the first man to set foot on the Moon. Armstrong died in 2012, shortly after receiving heart surgery in Cincinnati, Ohio. We are proud of him and would like to celebrate his special day here.

Neil Armstrong was born near Wapakoneta, Ohio to Viola Louise Engel Armstrong and Stephen Koenig Armstrong. He had two siblings and was of German, Irish, and Scottish descent. He was fascinated by flight from a young age and received his student pilot’s certificate when he was 16. After being awarded a U.S. Navy scholarship, he began his studies in aeronautical engineering at Purdue University in 1947. In 1949, Armstrong trained as a pilot in the Navy as part of his scholarship. He entered active service in the Korean War two years later, flying 78 combat flights during the conflict. He returned to college after being released from military duty in 1952. Armstrong joined the National Advisory Committee for Aeronautics (N.A.C.A.), which later became the National Aeronautics and Space Administration (NASA), a few years later. He worked for this government agency in a variety of roles, including as a test pilot and an engineer. He joined NASA’s astronaut program in 1962. Armstrong and his family relocated to Houston, Texas, where he served as the command pilot for his first mission, Gemini VIII. On March 16, 1966, he and fellow astronaut David Scott were launched into Earth’s orbit. They were able to dock their space capsule with the Gemini Agena target spacecraft momentarily while in orbit. However, they encountered some difficulties during this operation and were forced to stop their mission. They were recovered after landing in the Pacific Ocean, approximately 11 hours after the flight began.

In 1969, Armstrong faced an even greater task. He was a member of NASA’s first manned journey to the moon, along with Michael Collins and Edwin E. “Buzz” Aldrin Jr. On July 16, 1969, the trio was launched into space. On July 20, 1969, as mission commander, Armstrong flew the Lunar Module to the moon’s surface, with Aldrin aboard. Collins remained in command of the Command Module. Armstrong exited the Lunar Module at 10:56 p.m. and took his famous first stride on the moon. Armstrong and Aldrin collected samples and conducted tests for nearly two and a half hours. They also photographed themselves, including their footprints. The three Apollo 11 astronauts were greeted warmly upon their return. Armstrong stayed with NASA until 1971, acting as deputy associate administrator for aeronautics. After leaving NASA, he became a professor of aerospace engineering at the University of Cincinnati. He worked at the university for eight years. From 1982 to 1992, he was the chairman of Computing Technologies for Aviation, Inc., a company he founded. In a moment of need, he served as deputy chairman of the Presidential Commission on the Space Shuttle accident in 1986.

Armstrong remained dedicated to space exploration even in his final years. He returned to the spotlight in 2010 to express his displeasure with changes to the U.S. space program. He testified before Congress in opposition to President Barack Obama’s decision to scrap the Constellation program, which included another lunar mission. On January 28, 1956, Armstrong married Janet Shearon. The couple had three children (one of whom sadly died). He married his second wife, Carol Held Knight, after his divorce from Shearon in 1994. Armstrong had cardiac bypass surgery in August 2012 at a hospital in Cincinnati, Ohio. Armstrong, 82, died two weeks later, on August 25, 2012, due to complications from the operation.

Armstrong becomes a member of the National Advisory Committee for Aeronautics.

Armstrong is Assigned to Gemini 8

He is appointed to astronaut status and assigned as command pilot for the Gemini 8 mission.

On March 16, Gemini 8 is launched and Armstrong conducts the first successful docking of two ships in space.

Armstrong sets foot on the stony Moon on July 20, becoming the first person to ever do so.

He is appointed as a college professor and teaches until 1979.

He Takes on a Vice-Chairman Role

He is designated vice-chairman of the Presidential Commission on the Space Shuttle Challenger Accident.

Why We Love Neil Armstrong

How many jobs did Neil Armstrong have?

He had at least four jobs in his lifetime.

What was Neil Armstrong’s job before becoming an astronaut?

He was a civilian research pilot.

Did Neil Armstrong leave his daughter’s bracelet on the Moon?

There is no evidence to support the assertion that he left a bracelet belonging to his daughter on the Moon. 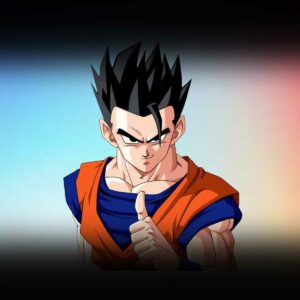 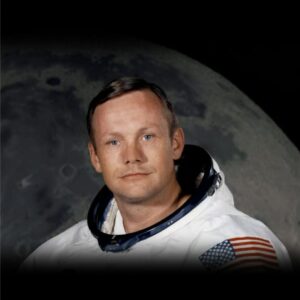