Neha Kakkar, born on June 6, 1988, is a well-known Indian playback singer, television star, and artist who has sung several popular Bollywood, Punjabi, and Bengali songs. The vocalist began singing at the age of four and made her way up to an audition for “Indian Idol.” She did not win the competition, but she began working as a singer and performer in Bollywood. She has performed numerous album tracks that have received over a million views. Furthermore, her music has touched the lives of millions of people. She spends a lot of time on social media platforms like Instagram and Twitter, where she connects with her fans. She is one of the most well-known musicians on social media. So, let us celebrate her birthday by finding out a little bit more about her!

Neha Kakkar Singh was born on June 6, 1988, in the Indian state of Uttarakhand. Her older sister, Sonu Kakkar, is also a prominent playback singer, while her older brother, Tony Kakkar, is a singer and music composer. Kakkar was raised in a minimal household. Throughout the day, her father, Rishikesh Kakkar used to sell samosas while her mother, Niti Kakkar worked as a housewife. The family relocated to Delhi in the early 1990s to pursue Neha’s singing career. Her family was poor, so she began singing at community gatherings and religious events with her siblings when she was four years old to help generate income. She sang religious songs till she was 16, at which point she decided to attend four to five religious events every day. In terms of education, she attended New Holy Public School in Delhi and did not complete her graduation.

Kakkar and her brother relocated to Mumbai in 2004, where she auditioned for “Indian Idol” two years later, but she was eliminated early in the season. She anticipated finding work after the show, however, she didn’t have much luck. She got her breakthrough in Bollywood when she appeared as a chorus singer in the film “Meerabai Not Out.” She rose to prominence after releasing the dance single ‘Second Hand Jawani’ from the film “Cocktail.” She continued the expansion with several famous dance tracks. Her career and fame came as a result of her party songs, which often have topped the charts and have earned over 600,000 views on YouTube.

Kakkar is married to the Punjabi singer-songwriter Rohanpreet Singh. Her love life was quite popular on the internet. Furthermore, she has formally declared her marriage on social networking sites, and her marriage was conducted at one of Delhi’s Gurudwaras, with a large number of guests.

Years after the singing show ended, she started her career for Meet Bros and her first album was named "Neha The Rockstar."

Her song ‘Dilbar’ becomes the first Indian song to reach the third position on the Billboard YouTube Music Chart.

Kakkar made her entry to Forbes India's Celebrity Top 10 list.

She Continues to Conquer the Music Industry

Kakkar is still frequenting the charts with her upbeat pop tunes.

Why We Love Neha Kakkar

What is Neha Kakkar popularly known as?

She is widely known as the Indian Shakira.

Kakkar has over 60 million followers, making her the most-followed Indian musician on Instagram.

Which type of voice does Neha Kakkar have?

She has a contralto vocal range. 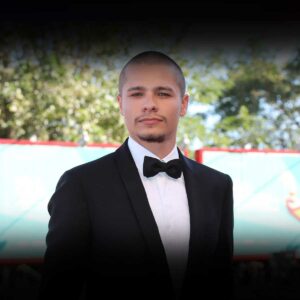